The Nutcracker Comes to Life in 3D

The Nutcracker is a timeless holiday fairytale ballet that mesmerizes audiences with beautiful music, an enchanting story, and colorful costumes.

However, the first performances of the Nutcracker were not well-received by audiences and even the composer, Tchaikovsky, found it lacking. Travel back in time and see how this ballet made its way to becoming a holiday classic and bring your own Nutcracker to life with a 3D printing pen and filament. 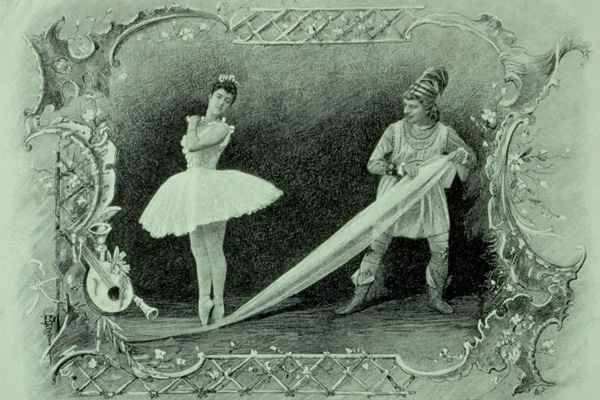 The original ballet at the Mariinsky Theatre in St Petersburg. Credit: Corbis/Bojan Brecelj

Book to Ballet: The Nutcracker and the Mouse King

E.T.A Hoffmann is the author of “Nutcracker and the Mouse King,” which was later adapted by the French writer Alexandre Dumas to become the tale as we know it today. Hoffman’s story centered around a little girl, Marie, and her Christmas toys. Marie frets over a beautiful toy nutcracker that broke. As she goes to check on it late one night, she finds the nutcracker has come to life. And, so begins a story within a story of armies of mice and toy soldiers.

Alexandre Dumas made the original version lighter and less scary. Dumas changed Marie’s name to Klara and her visions became sweeter and more childlike. Her family was not as harsh and in all the tale took on a more appealing tone. In 1892, the director of the Russian Imperial Theatre commissioned Pyotr Ilyich Tchaikovsky to write a ballet using Dumas’ version. And in so doing, The Nutcracker was born.

The ballet was not a great success at first. Reportedly, audiences were dismayed that the ballerina did not dance until the second act and that so much focus was given to children. Still, Tchaikovsky’s score was captivating and lent itself to new renditions of the ballet.

A Holiday Tradition with Universal Appeal

The performances of the Nutcracker have evolved over time with much to celebrate among audiences young and old. A magical world that comes to life on Christmas with young children, families, toys, snowflakes and candy, all set to Tchaikovsky’s perfect score. The ballet has become a holiday season staple, complete with toy soldiers, a sugar plum fairy, and a snow queen.

As the popularity of the ballet grew, so did the production of nutcrackers to give as gifts and keepsakes. The Steinbach family of Germany is credited with honing the craft of designing and producing wooden nutcrackers of all shapes and sizes. The Steinbachs began as hand-making nutcrackers 200 years ago and all the manufacturing of these figures is still located in Marienberg in the Ore Mountains in Germany. According to German legend, these wooden dolls bring good luck and protection to a family and its home.

There really is no better time to test your 3D skills and craft a nutcracker for the holidays. We’re sharing a new Nutcracker tutorial to guide you through the steps to bring the main character in this magical holiday fairytale to life with your 3D pen.

Get started today with your Create+ 3D Printing Pen, Create+ Plastic, and a paper towel. The techniques in this tutorial could be used to bring other characters from this holiday classic to life too. Share your final design with us @3Doodler #3Doodler #WhatWillYouCreate!