Gnome for the Holidays

Holiday Gnomes have popped up on everything from napkins and tablecloths to paintings, pillows, and free-standing festive decor. We couldn’t help but ask ourselves how this curious creature became a holiday staple.

Gnomes have been around for ages and feature prominently in many cultures in Northern Europe. So naturally, once we learned more, we had to take a turn at crafting one in 3D!

Gnomes trace back to the Nordic regions of Scandinavia, Finland, Iceland, and the Faroe Islands. Folklore suggests that gnomes, elves, and fairies have been part of mythology since the 1400s. Legends about gnomes were shared from the mountains of Switzerland and forests of Germany to the fjords in Norway.

Gnomes were described as mythical creatures who lived underground or as part of the earth. Many tales explained the nature of their magical powers. Given their connection to the land, gnomes positively impacted the natural world and made farms more productive. They worked their magic at night and turned to stone during the day, which explains how they quickly became garden gnomes.

It’s not clear how gnomes have so quickly become part of the winter holiday season, but many believe it’s their resemblance to Santa Claus. Their pointy hats, beards, bellies, and friendly nature encouraged the idea. Plus, gnomes, like elves, have been known to bestow gifts. Whatever the reason, holiday gnomes are here to stay. 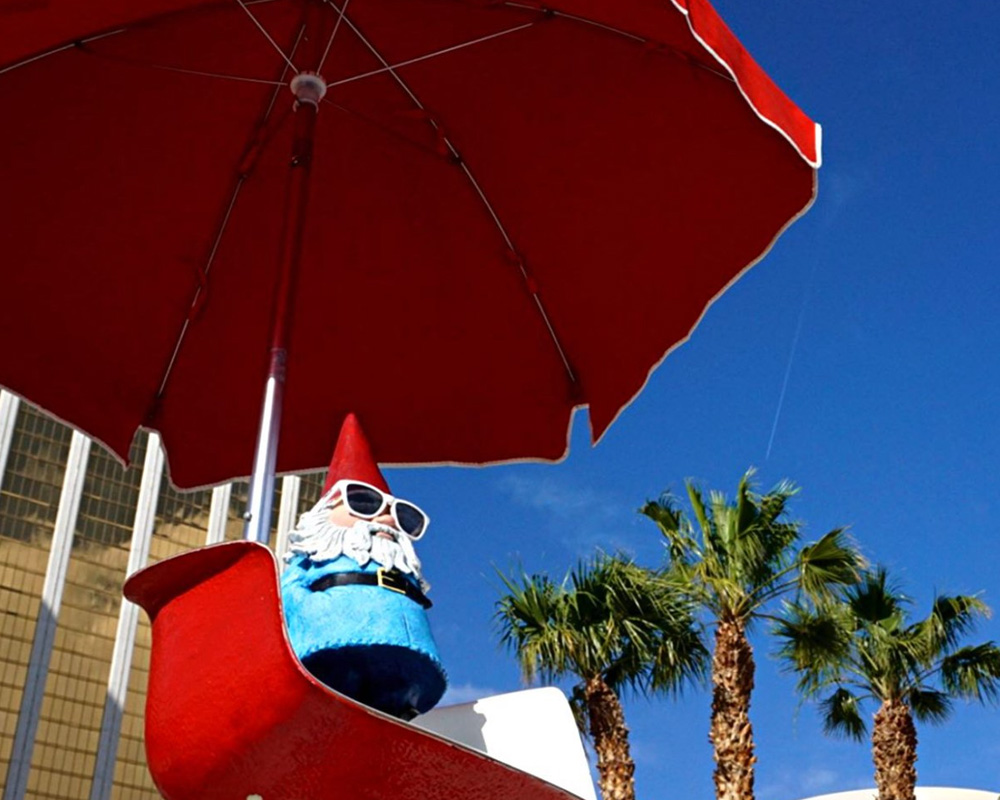 Gnomes appear in literature, films, board games, and more. More recent depictions of gnomes include movies like “Amelie” (2001), “Gnomeo & Juliet” (2011), “Sherlock Gnomes” (2018) “Gnome Alone” (2018). In these fun flicks, gnomes appear as plot enhancers or as protagonists. In addition, Travelocity’s advertising campaign prominently features a gnome complete with its own Twitter handle.

Following the trend, 3Doodler offered a garden gnome kit that included a canvas gnome shape that creators could doodle on and customize with their choice of colors and textures. The recent popularity of these whimsical winter characters inspired our latest Doodle — a holiday gnome.

All you need to get started is a 3Doodler Start+ 3D printing pen, eco-friendly plastic, a DoodlePad, and the 3Doodler stencil. Follow our tutorial for step-by-step instructions to make this fun holiday gnome. We were tempted to change up the colors, but kept it classic for the holidays. Go ahead and change it up, using different colors for the hat, beard, and legs.