In this activity, students will work in pairs to identify shapes, and doodle a set of 3 different shapes to be welded together as a doodle-animal. Students will use geometry and creative thinking skills for this fun and engaging project.

2-dimensional3-dimensionalactingcirclecollaborationcolorcomparingcubeDrawinghalf-circlehexagonpentagonProblem Solvingquadrilateralquarter-circlerectangleshapessquaretrianglewriting
Note: Any links outside of the3doodler.com are optional resources. We can’t ensure their upkeep or accuracy. 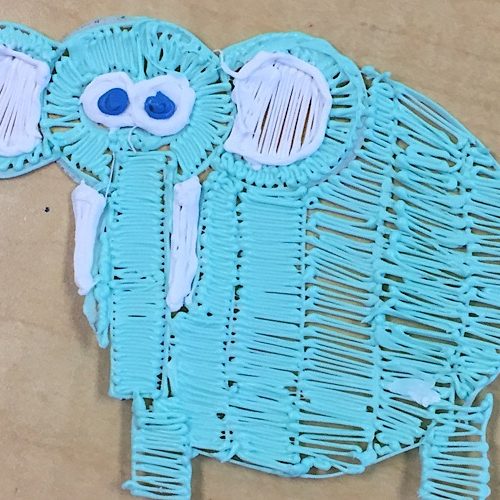 Draw and cut out an example of one of each shape that will be used in this lesson.

*The shapes used will depend on the grade level. Refer to the grade-specific worksheets.

Whole Group: Review the shapes that are relevant to the grade level.

Choose 3 shapes and demonstrate how to put them together to create an animal.

Project your tablet or computer screen on the board and review Doodle-Ella from the Shape Shifter Worksheet. Review the shapes that were used to create Doodle-Ella. Note why certain shapes were used. Examples: Circle for her round head. Triangles for her tusks.

Share the goal: Students will create a stencil drawing of a Doodle-Animal using 3 different shapes.

*The shapes use will depend on the grade level.

Guided Practice: Use precut shapes to practice identifying and arranging them in different ways to create animals. Invite students to help you.

Hand out Shape Shifter Worksheets to each pair of students and allow time to sketch out their stencils of Doodle-Animals. Check their work.

Whole Group: Demonstrate how to doodle a Doodle-Animal using the shape drawing as a stencil. Begin with the outline. Segment-off larger fill areas with your pencil.

Pass out 3Doodlers and circle to assist and assess.

Students can optionally create stands for their Doodle-Animals. The rectangular stencil is located on each grade-level Shape-Shifter Worksheet. The students can create the stand and then weld the doodled animal to the stand with extruded plastic.

The teacher will assess students’ ability to identify shapes through the group feedback and the students' Doodle-Animals.

Students will create a stencil for a 3-dimensional Doodle-Animal using cubes, cones, and pyramids.

Outline each area first before filling. Segment-off larger fill areas before filling in, as has been done on the elephant's torso. Fill with a back and forth motion, ensuring to make contact with the outline each time. This will anchor the plastic to the outlined frame.

Correctly name shapes regardless of their orientations or overall size.

Students will name shapes during group and partner work during this activity.

Students will distinguish defining attributes during group and partner work during this activity.

Students will recognize and draw shapes having specified attributes during this activity.

Students will break down the process of recognizing, identifying and understanding attributes of shapes during the process of designing and modeling Doodle-Animals.

Students will use the 3Doodler to create doodled models of shapes, identify them and assemble them as a Doodle-Animal.

Students will use a 3Doodler to compose 3 doodle shapes into a Doodle-Animal.

Students will seek feedback from peers throughout their stencil- design, as well as the doodling portion of this project. 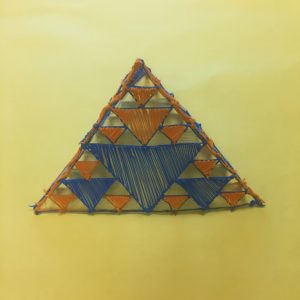 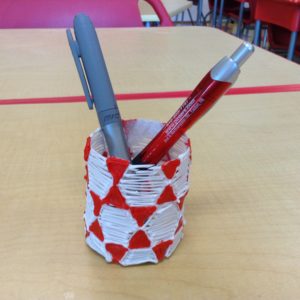 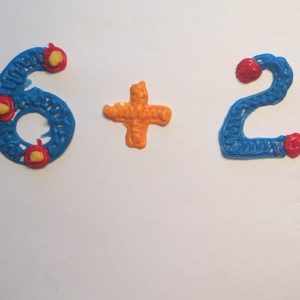