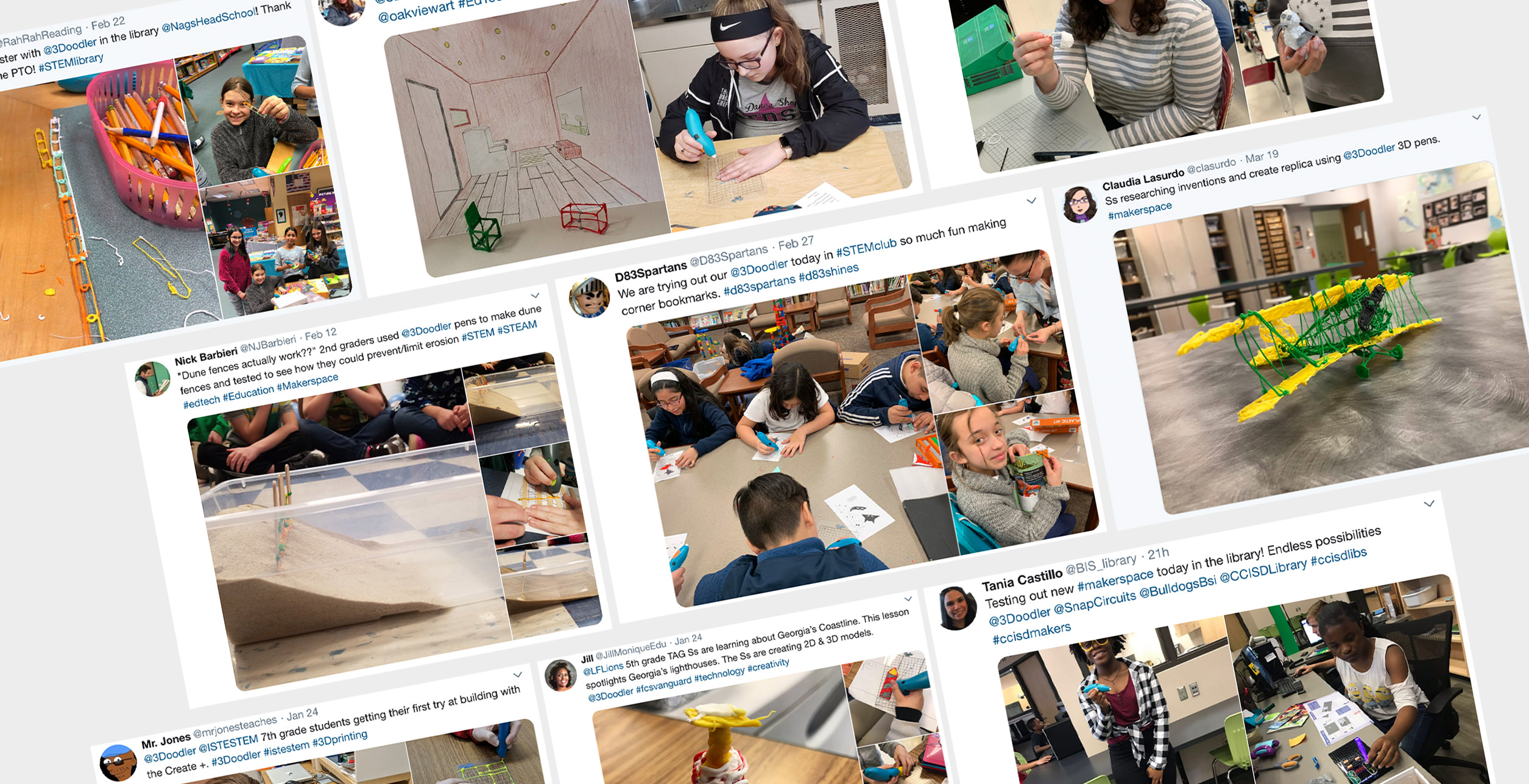 It is with much gratitude that we take a moment to thank you for another great school year with 3Doodler EDU.

We are very excited to share some of our favorite STEM tweets from the 2018-2019 academic year with you.

From technology and engineering, to math and science, it is so wonderful to see your classroom bloom through STEM.

Did your favorite STEM tweet not make the list?
@BIS_library students have some fun with EdTech in their new maker space.

This @pmsmakerspace student made a model of Captain America’s shield!

@JillMoniqueEdu’s students lift Georgia’s coastline off of the map through creating 3D models of the southern state’s lighthouses.

Building a rollercoaster with @3Doodler in the library @NagsHeadSchool! Thank you to our awesome PTO! #STEMlibrary pic.twitter.com/Ow3fZkgViG

The students of @D83Spartans engineer their own corner bookmarks in STEM club.

@siencmatters has her students create a new species with adaptations that suit their environment.

@kippdohm’s students lift their code off of the screen with 3D pens.

Thanks to the AAPSEF for the grant for @3Doodler! Excited 3rd graders @A2Dicken turn their code from @hopscotch into tangible art! Students practiced the engineering design process from @PLTWorg by evaluating their work and changing their code #A2Engage #STEAM @A2SchoolsSuper pic.twitter.com/UF5eObdGhW

Share your favorite posts with us on social media because we are all about STEM in the classroom.

@BIS_library students have some fun with EdTech in their new maker space.