Hugo, born in France in 1802, is considered to be one of the foremost French authors, and his most famous works include The Hunchback of Notre Dame and Les Misérables. Les Misérables was adapted to a musical and went on to be the 9th most profitable Broadway musical of all time.

And in the spirit of his own words, Victor Hugo Doodled his dreams onto paper and influenced the future of art. In fact, the co-founder of Surrealism, André Breton, declared Hugo as a forerunner of the Surrealist movement because of his Doodles. It is even said that Pablo Picasso himself owned some of Hugo’s drawings.

Despite the thousands of Doodles that were drafted in his lifetime, few know that Hugo was an artist at all. His unique creations were made with different techniques, and he often used the nib and feather of his quill for his Doodles.

Victor Hugo’s achievements are recognized around the world today, and his portrait has even been featured on French currency. In addition to this, a mosaic at the Library of Congress was crafted in Hugo’s memory, and there is a statue in his honor across the road from Museo Carlo Bilotti in Rome.

Share your thoughts with us on social media! @3Doodler #3Doodler

"“Notre-Dame de Paris is, in particular, a curious specimen of this variety. Each face, each stone of the venerable monument, is a page not only of the history of the country, but of the history of science and art as well.”"-Victor Hugo, The Hunchback of Notre Dame Share

You can help to repair the Notre Dame cathedral by making your tax deductible donation to Friends of Notre Dame here. Notre Dame Cathedral Doodle by @blessyart 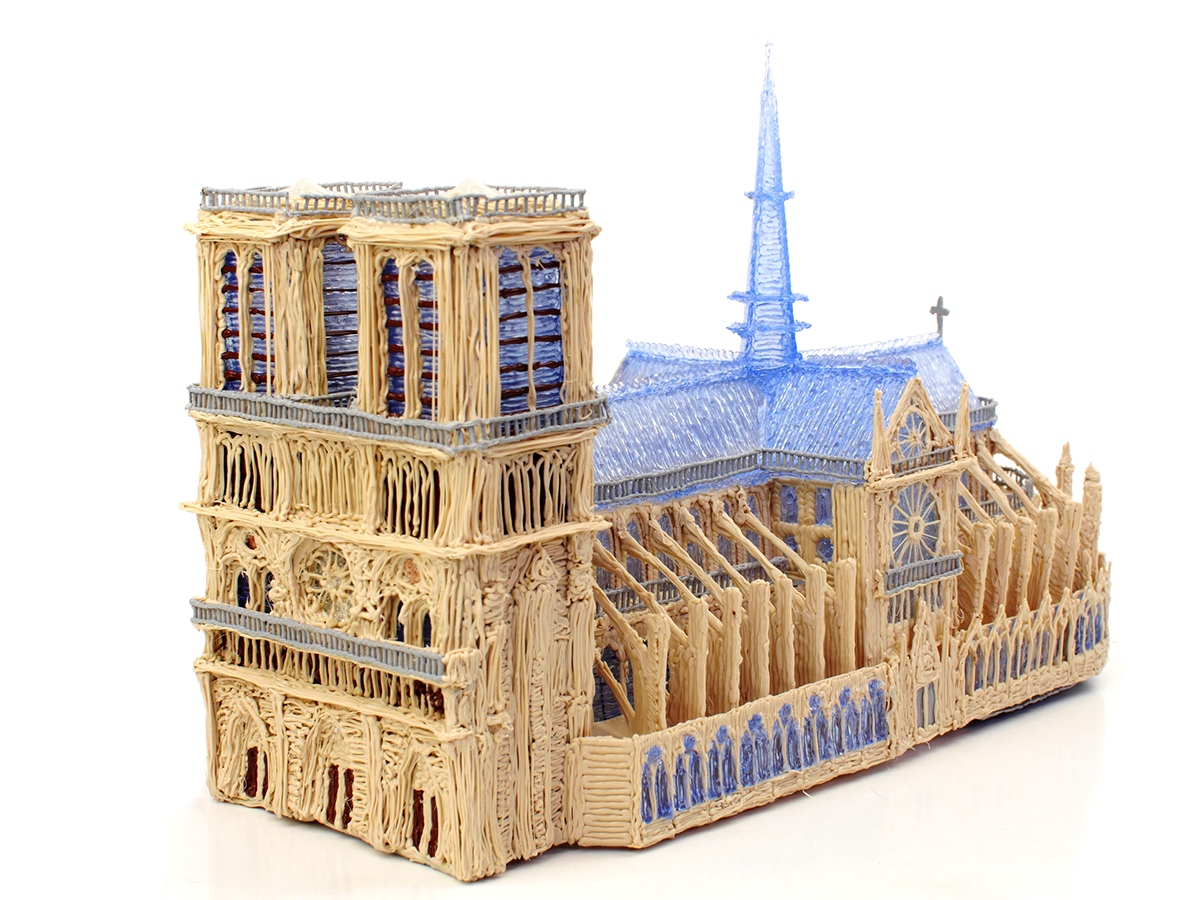