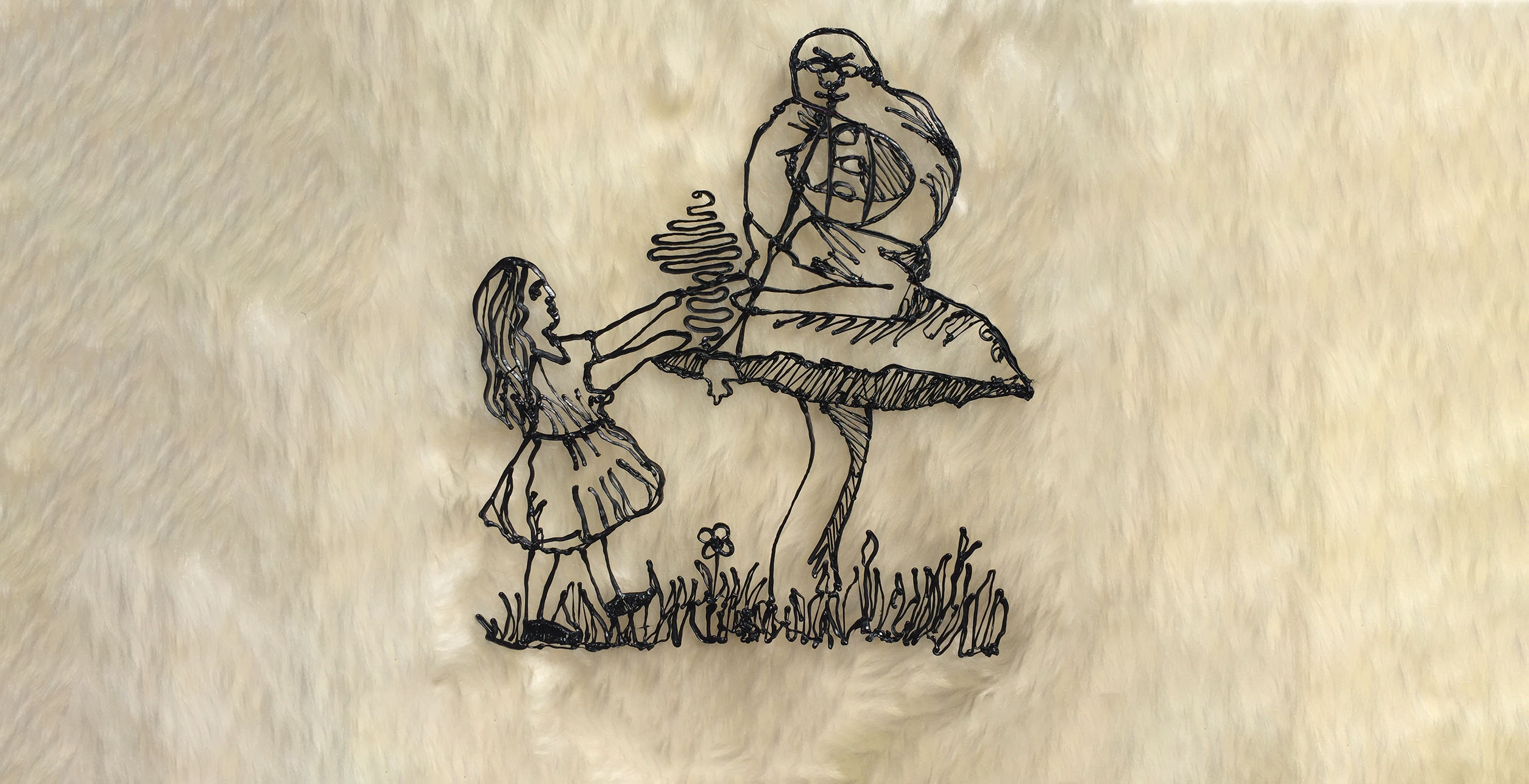 We’ve gone down the rabbit hole…

And what did we find?

The secret Doodles of Lewis Carroll.

It turns out that the Alice in Wonderland author was an artist in more ways than one.

Lewis Carroll, born as Charles Lutwidge Dodgson, was indeed an avid Doodler. In fact, his original handwritten manuscript of Alice in Wonderland (1864) was riddled with Doodles of the story’s iconic characters.

When Lewis Carroll decided to publish his tale of Alice’s adventures, he brought on Punch magazine’s John Tenniel to illustrate the final publication. Carroll was quite invested in the specifics of how Wonderland was portrayed, so he played an influential role in Tenniel’s creative process.

Though it was Tenniel’s illustrations that made the final cut, Carroll’s original Doodles set the unique tone for the whimsical world of Wonderland.

"“Who are you?” said the Caterpillar. This was not an encouraging opening for a conversation. Alice replied, rather shyly, “I—I hardly know, Sir, just at present—at least I know who I was when I got up this morning, but I think I must have been changed several times since then.”"-Lewis Carroll, Alice in Wonderland Share

We want to see your fairytale Doodles.