One small Doodle to represent one giant leap for mankind

On July 20, 1969, the world stood still as two astronauts did what no human being had ever done before, walk on the Moon. 52 years later we still remember this day and celebrate it as “one small step for man, one giant leap for mankind.”

Why and how did we end up on the Moon?

After the Russians launched the first artificial satellite, Sputnik 1, in 1957 the space race was on. Four short years later on April 12, 1961, the Soviet cosmonaut, Yuri Gagarin, became the first human to travel into space, followed by American astronaut Alan Shepard one month later.

Following this accomplishment, President John F. Kennedy challenged NASA to send a person to the Moon in less than 10 years. On July 16, 1969, the spacecraft Apollo 11 was ready to do just that, sending three American astronauts: Neil Armstrong, Buzz Aldrin, and Michael Collins to the Moon. 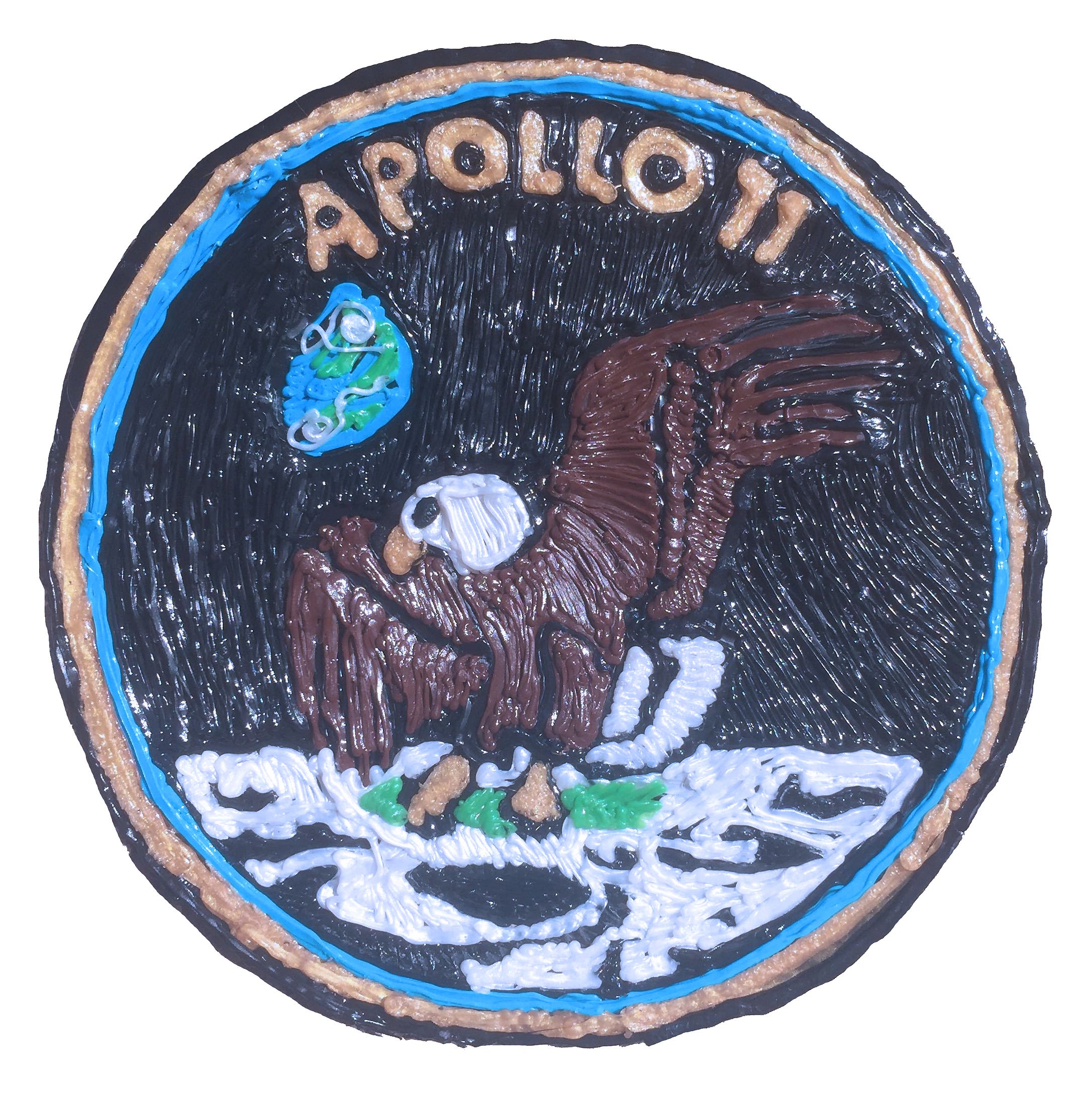 After the spacecraft launched the astronauts spent four days floating through space. When they finally approached the Moon’s surface the team split and Neil Armstrong and Buzz Aldrin headed towards the Moon’s surface while Michael Collins remained in orbit above them. After a risky landing Armstrong and Aldrin were on the Moon and became the first human beings to step foot on anything outside of Earth. 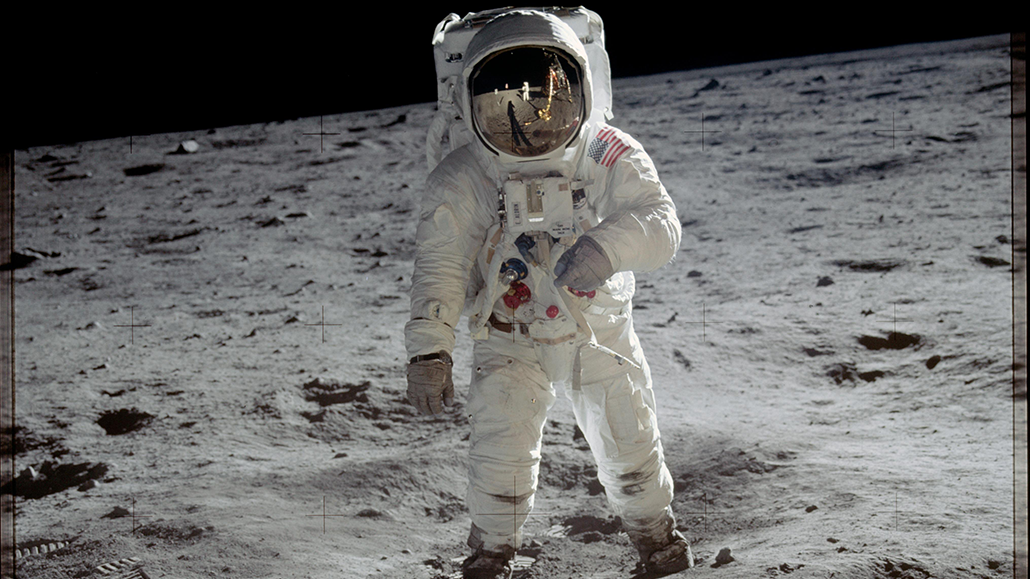 After collecting samples and exploring the surface of the Moon, Armstrong and Aldrin reconnected with Collins and headed back to earth, returning safely on July 24, 1969. Over the next several years, 10 astronauts would follow in Armstrong and Aldrin’s footsteps. The last mission to the moon was in 1972.

There is so much left for us to explore!

We are living in an exciting time! We have satellites out in the deepest parts of space and robots rolling on mars. Now is the time to explore your interest in space, science, or engineering. The world will need the next generation of scientists and engineers to help get our future selves where we need to go in space.

Whether you are learning about the moon or learning about Mars, we have a fun hands-on activity that’ll keep you tuned into your surroundings. Start by downloading this FREE out-of-this-world spaceship stencil and then follow along with our step-by-step tutorial that walks you through how to build it. This way, even from the comfort of your own home, you can join us in celebrating the great space race and all the advances in science it has given us. 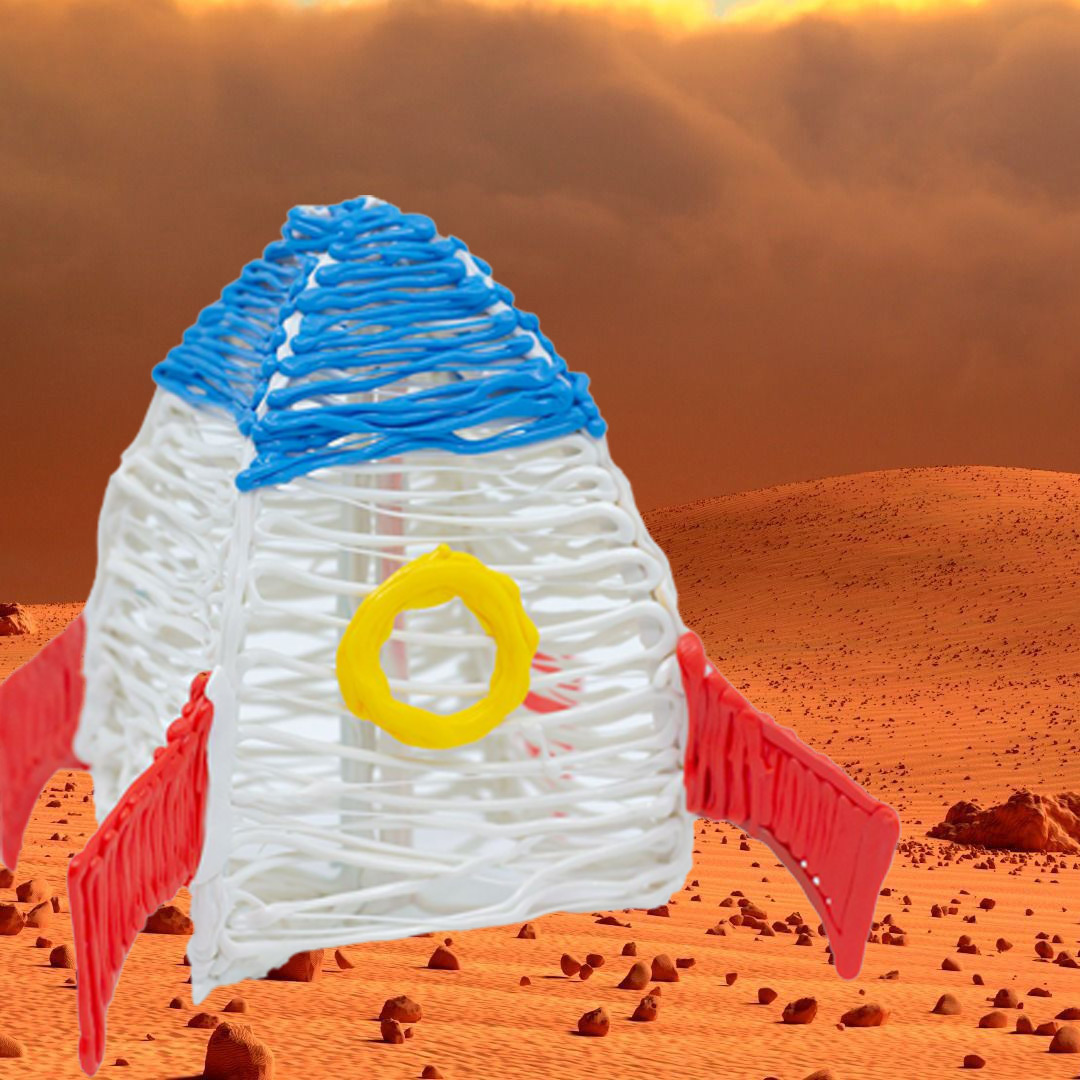 If you’re interested in building your own DIY spaceship out of cardboard, check out this video. You can even add finishing touches and details with your 3Doodler 3D pen to make it a complete work of art.

Don’t forget to share all your interplanetary Doodling fun with @3Doodler #3Doodler #WhatWillYouCreate.