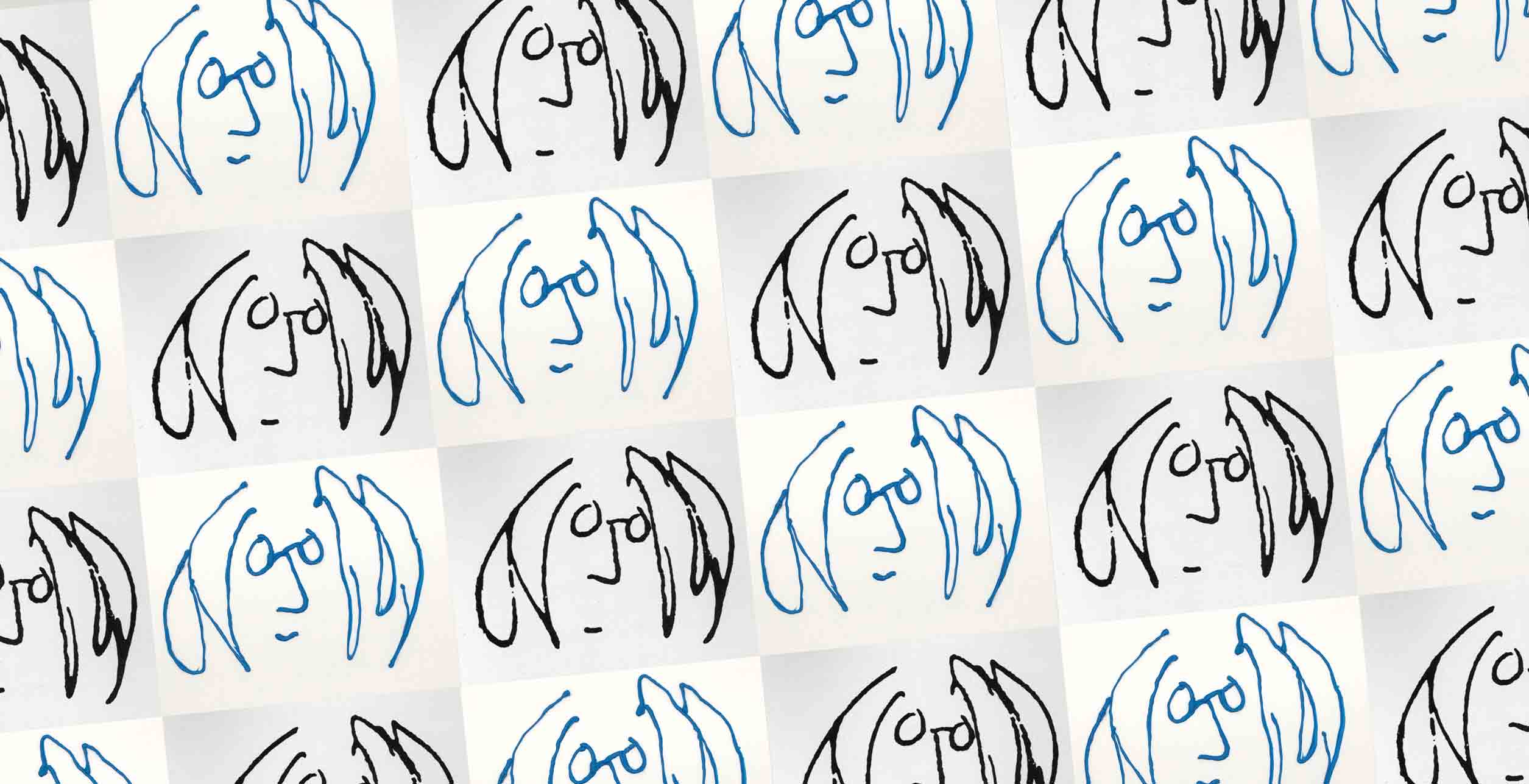 Did you know that today is John Lennon’s 79th birthday? In remembrance of John Lennon, we thought today would be the perfect day to celebrate the life and works of one of our favorite Notable Doodlers.

In the year of 1940, John Winston Lennon was born in an English city called Liverpool. Little did anyone know at the time that he would go on to be one of society’s most renowned creative geniuses. He is best known for The Beatles, one of the world’s most influential rock bands, and for being a prominent peace activist. Of Lennon’s lesser known works are his surrealist scribbles, which he made consistently from his early childhood until his passing. During his life he drafted countless sketches and lithographs, a spectacle of his spirited drive to create.

Many don’t know that Lennon expressed the visual arts as his first love, nor do they know that he was an art student at the Liverpool College of Art from 1957-60. Though art wasn’t his primary focus after forming The Beatles, he continued to Doodle throughout the years, and even drew the first sketch of the Sgt. Pepper’s Lonely Hearts Club Band album cover.

"Surrealism had a great effect on me because I realized that the imagery in my mind wasn’t insanity. Surrealism to me is reality."-John Lennon Share

His favorite style of art was line drawing using pencil, pen, or Japanese sumi ink. In 1969, Lennon started holding art exhibits with pieces from a series titled Bag One, a portfolio that was inspired and dedicated to his relationship with Yoko Ono. The sketches detailed their marriage ceremony, honeymoon, and their fervent pleas for world peace. His peace drawings from that series were used in a number of anti-war movements.

The drawings from his early years until his untimely death in 1980 have been compiled into a book titled John Lennon: The Collected Artwork. John Lennon’s drawings exude his visionary, surrealist personality, and they serve as a testimony to his creative spirit. His music and artwork have enriched millions of lives throughout the years, and will continue to send ripples of inspiration across the universe.

I’ve got a feeling that John Lennon’s works have inspired you! Please share your stories with us on social media.
@3Doodler #3Doodler #AllYouNeedIsLove

You can visit the John Lennon Strawberry Fields memorial in Central Park to celebrate his life and works.