In this lesson, students will work in pairs to design a Mama or Papa Spud-Head or their baby, Tater-Tot. Based on the Mister Potato Head game, students will doodle eyes, ears, nose, mouth, and hands in order to demonstrate how we use our senses.

*This lesson can be accomplished in one of two ways:

a) students use stencils to doodle parts, or

b) students doodle directly on the potato.

collaborationcreativedesignearseyesfingershearmouthnosesciencesensessightsmellSTEMtastetouch
Note: Any links outside of the3doodler.com are optional resources. We can’t ensure their upkeep or accuracy.

Call students to the whole group for a discussion.

Share the goal: Students will work in pairs to doodle the following for their Spud Head: eyes, mouth, ears, noses, and hands.

Read the Doodle-Spud-Head Family Poem. Review the questions, which highlight the various body parts associated with each of the 5 senses. Ask and answer questions. Have students share things they've tasted, touched, smelled, etc.

Model how to create parts for a Mr. or Mrs. Spud, or their son, Tater-Tot.

*Note that there are two ways to do this. Option

1) use stencils from Doodle-Spud-Head Family Stencils or,

2) have students doodle directly on their potato.

If using the Doodle-Spud-Head Family Stencils, model how to outline, fill, and then create a thin nob on the back of each doodled piece to push into the potato. For younger students, it might be easier to doodle directly onto the potato.

If using the pre-made stencils, slice into the potato wherever you will insert a body part, eyes, ears, mouth, arms.

Divide students into pairs. Hand out the 3Doodlers, stencils, and potatoes. Use a large potato for Papa, a medium size potato for Mama, and a small potato for Tater-Tot.

Have the pairs share their Doodle-Spud-Heads. Have the students write a short poem about the things their Spuds see, hear, taste, touch, and smell. Share students' Doodle-Spuds on Twitter. #3DoodlerEDU @3Doodler

The teacher will assess the students by evaluating their Doodle-Spuds and poems.

Participate in collaborative conversations with diverse partners about grade level topics and texts with peers and adults in small and larger groups.

Students will discuss their five senses, design a Doodle-Spud and write a poem about its five senses.

Students will build on the talk of others during the whole group and partner work throughout this project.

Students will break down the process of analyzing the five senses through designing, doodling and writing.

Students will use a 3Doodler to design and doodle the body parts used with each of the 5 senses.

Students will construct an original design, or remix the stencil, for each relevant body part, and doodle it on their potato, or doodle it and affix it onto their potato.

Students will work with a partner and peers throughout the doodling, problem solving and creation processes. 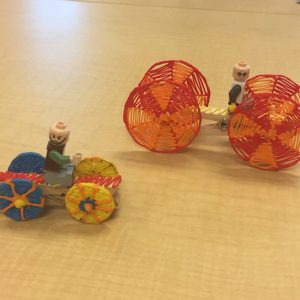 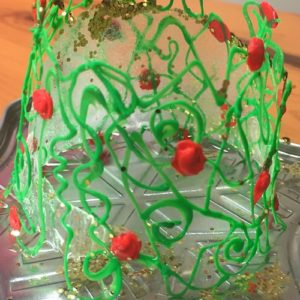 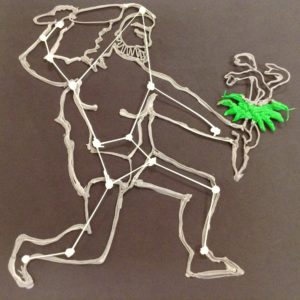