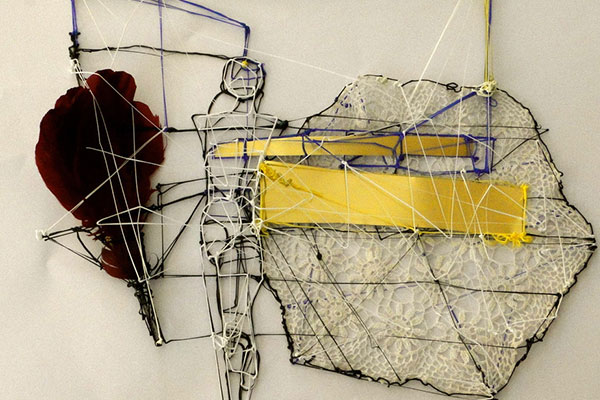 When Sara Berti first saw the 3Doodler, she knew it would be an invaluable tool for her mixed-media art. “Who wouldn’t want to use this revolutionary new medium?” she says. “It’s the world’s first 3D printing pen!”

Sara is an Italian sculptor who spends her time living between Turkey, Italy and Hungary. She likes to work in parallel with new and old techniques and combine them in creative ways.

Just like her use of other materials and media, here too Sara aims to demonstrate the possibilities of creative freedom, but at the same time incorporate the experience of classical traditional art as the starting point.

She collects materials for her work from different places and occasions—like doily gloves or feathers from Hungary, or metal pieces from Italy.

Sara describes her artwork as “a kind of a symbolic summary of the network of the contemporary (art) world, where everything is extremely international and interconnected. In this way, the combination of natural and artificial materials— the two extremities composing our world—adds an inspiring transcendental dimension to the works.” 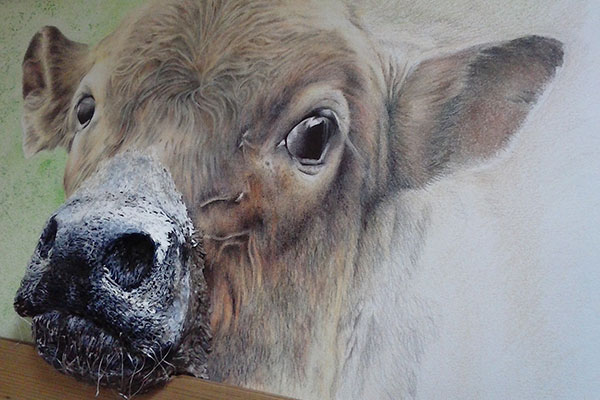 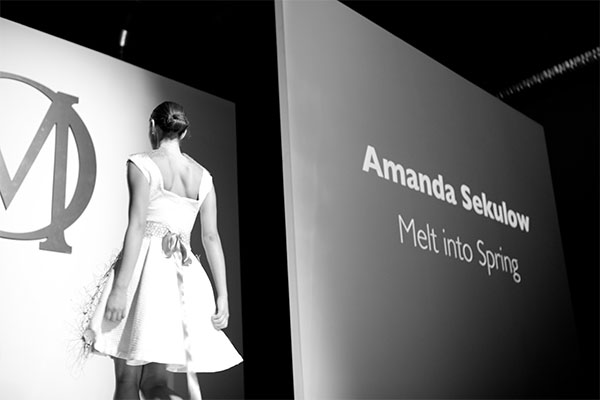 When it came time for Amanda Sekulow to create a collection for her graduation from O’More College of Design, she knew exactly what she needed. “Every day I prayed that my 3Doodler would arrive,” she says.

Amanda had backed the 3Doodler Kickstarter, and was anxiously awaiting its arrival. But the clock was ticking. “I began in the autumn of 2013 by creating the concept and illustrating the basic garments,” she says. But she didn’t want to start final creation until she had her 3Doodler in hand. “I was determined to wait, as I wanted to use the 3Doodler in my designs.”

As she waited, the Melt into Spring collection took form as a series of white dresses combined with wearable art. The sophisticated dresses would use a variety of woven materials, with 3-dimensional additions created with the 3Doodler.

And soon the wait was over, and the pen arrived. “It showed up, quite literally, just in time,” Amanda says. “I was able to go back to school in January ready to get down to business!”

She spent the next four months creating, embellishing, and perfecting a total of 10 dresses before her final runway show.

"There are some dresses with intricate sculptures on them, others I let the fabric and plastic do their own thing." Share

While they stand together as a collection, Amanda made sure each dress made a statement on its own. “Each piece is so different, and has its own story to tell,” she says. “There are some dresses with intricate sculptures on them, others I let the fabric and plastic do their own thing. Some of the looks are polished and refined where others look messy and organic.”

And while the entire collection was a labor of love, Amanda says one piece stands out above the rest.

“My favorite piece was the finale piece in the show,” she admits. The dress in question has a high neckline with a chest and shoulder piece with attached apron made entirely from Doodled ABS. With 85 Doodled flowers and 119 attached crystals, this dress alone took over 100 hours to complete.

“I made the neck piece and bodice portion of the apron directly on a body form, so that it would fit close to the model’s body,” Amanda says. It was a risk, as the fit of the final piece would depend on the model who would wear it. “It ended up fitting her perfectly.”

Amanda says watching her final piece during the show was her proudest moment. “I have never been more excited to see anything walk down a runway,” she says, “and everyone else seemed to love it just as much as I do.”

Amanda says the final result of Melt into Spring is a culmination of all the work she has put into design and fashion. “The entire collection is a reflection of my feelings, motivation and life experiences in the moments when I created them.”