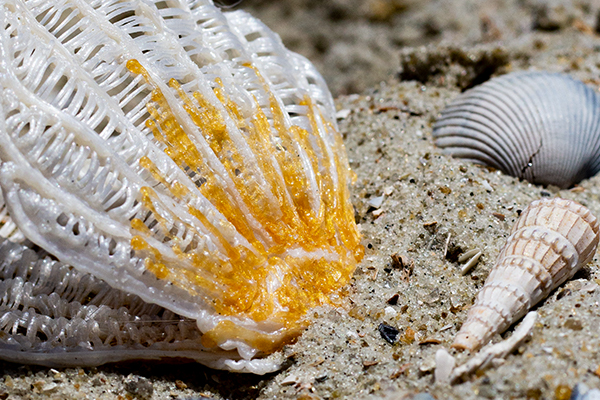 It’s officially summertime, and we’re in the mood to celebrate. Let’s start by exploring one of the most iconic symbols of summer — the seashell.

Shells are the hard exoskeleton of soft animals called mollusks; they support and protect mollusks’ bodies from danger. Mollusks are able to grow their own shells using a muscle called the mantle. Like human hair, shells are a part of mollusks’ bodies, but they are not alive themselves. 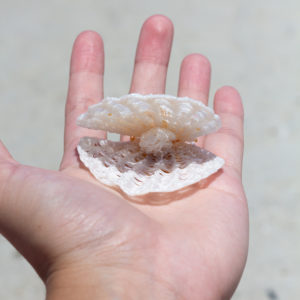 Here are some fascinating facts about seashells from the folks at Mental Floss.

When a mollusk dies, its body disappears. However, the shell it created is left behind. That’s why we’re able to find and collect so many shells on the beach. While some people collect seashells as a hobby, others use shells to create interesting art and other projects.

Looking to get creative with shells, but not planning a trip to the beach right now? No problem! We’ll show you how to doodle your own seashells with your 3D pen and plastics. Check out this tutorial to get started today.

Getting Crafty with Shells

From flower pots to night lights, there are so many cool projects that you can make with shells — whether you created your shells with your 3D pen and plastics, or you found them on the beach. 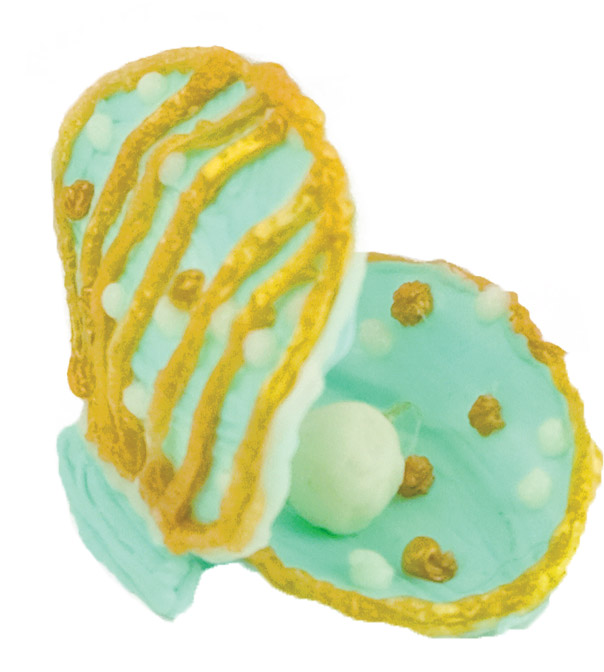 Here are some fun shell ideas that are inspiring us this summer: 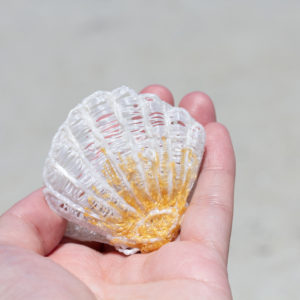 No matter what you decide to create with your seashells, remember that half the fun is collecting them! Enjoy your time on the beach. And,

don’t forget to share your shell crafts with us @3Doodler #WhatWillYouCreate! 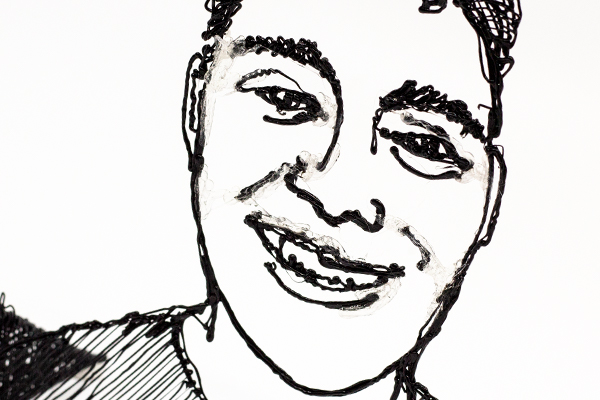 Would you believe that the first self-portrait ever taken was in 1839? It was a daguerreotype of a photographer named Robert Cornelius, and it took between three- and 15-minutes for him to fully capture his own image.

In November 2013, the word “selfie” became the Oxford English Dictionary’s “Word of the Year” — meaning it was the most important word introduced into the English language at that time. A selfie is “a photograph that one has taken of oneself, typically with a smartphone or webcam and uploaded to a social media website.” 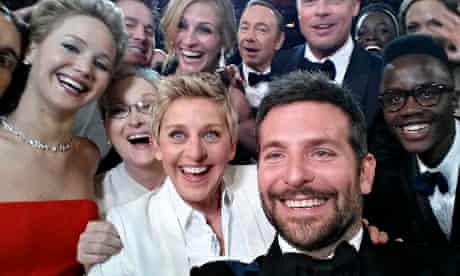 The most popular selfie to date is a photo of Ellen DeGeneres alongside some friends (stars Bradley Cooper, Kevin Spacey, Julia Roberts, Jennifer Lawrence, and others) that she tweeted during the 86th Academy Awards. The image was shared more than two million times, and briefly crashed Twitter!

While your own selfies might not get that same amount of attention, there is something satisfying about curating your own self-portraits — whether you plan to share on social media or to hang on the refrigerator for your eyes only.

Celebrate Yourself with Creative Self-Portraits

In honor of the famed selfie, the 3Doodler team is excited to work with you to make your own self-portraits come to life with your 3D pen and plastics. Take a look at this tutorial to learn how to Doodle a 3D portrait.

If you’re interested in creating your own self-portraits, we have some creative ideas for you!

Don’t forget to share your self-portraits with us @3Doodler #WhatWillYouCreate! 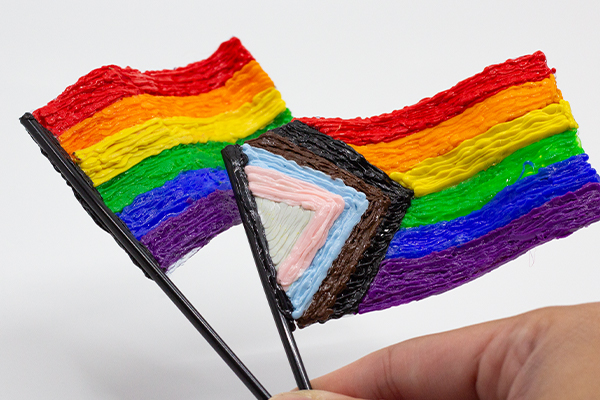 Flags are symbols that can represent a lot of things, from a group of people to a geographical place. In honor of International Flag Week, let’s explore the meaning behind some of the most common categories of flags.

Did you know that June 14, 1777 marks the day the United States adopted its flag? Let’s take a look at some of the symbolism behind the American flag. For any of our readers from other countries, we encourage you to do some research on your own country’s flag, before Doodling it using our free stencils, and then share it with us on social media! 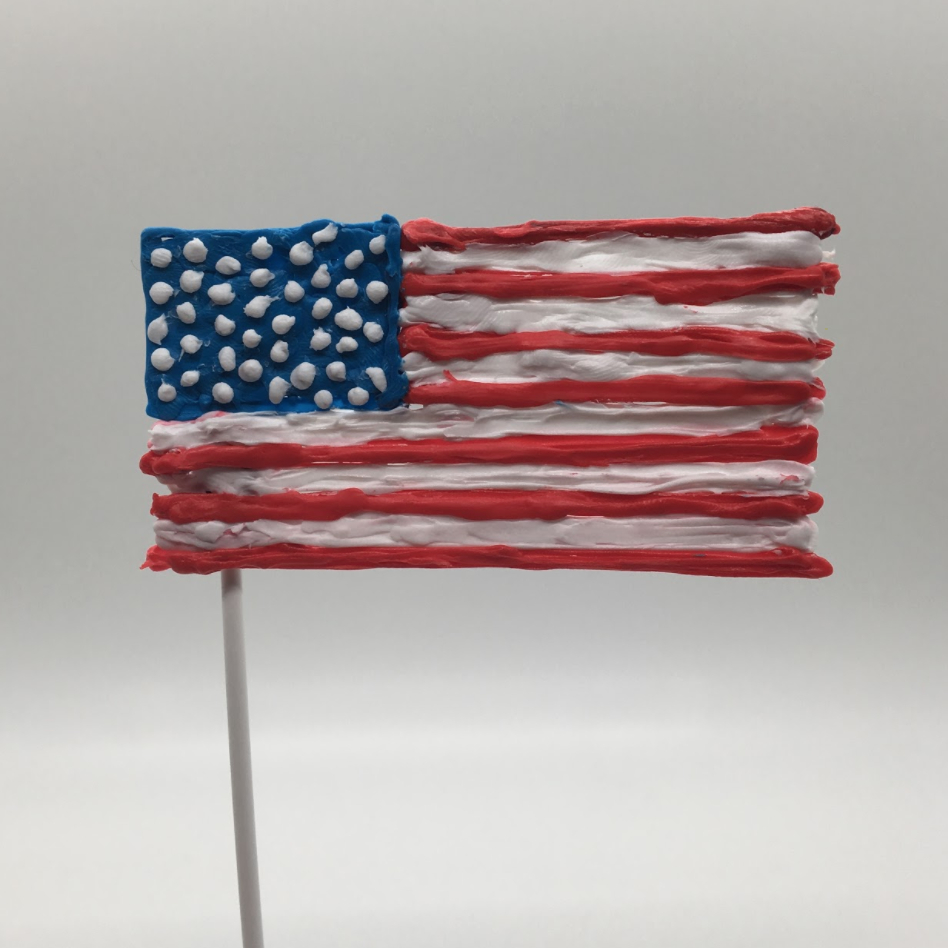 Called “Old Glory” or “The Stars and Stripes,” the American flag is made up of shapes and colors that represent our country. Fifty stars represent the 50 states of the Union, while 13 stripes represent the original 13 Colonies. Red is a symbol of hardiness; white symbolizes innocence; and blue represents vigilance, perseverance, and justice.

Overall, the flag means a lot of different things to different people. It is used to display our nationalism and to symbolize freedom. We have even established some rules on how to display the flag to ensure we’re showing it the respect we’ve ascribed to it.

The inventors of 3Doodler (Maxwell Bogue and Peter Dilworth) built the first 3Doodler prototype in Somerville, Massachusetts. As a nod to our Massachusetts roots, we’ll take a look at the flag of Massachusetts. Did you know that each state in the United States has its own flag, which represents the ideologies and history of that particular state? 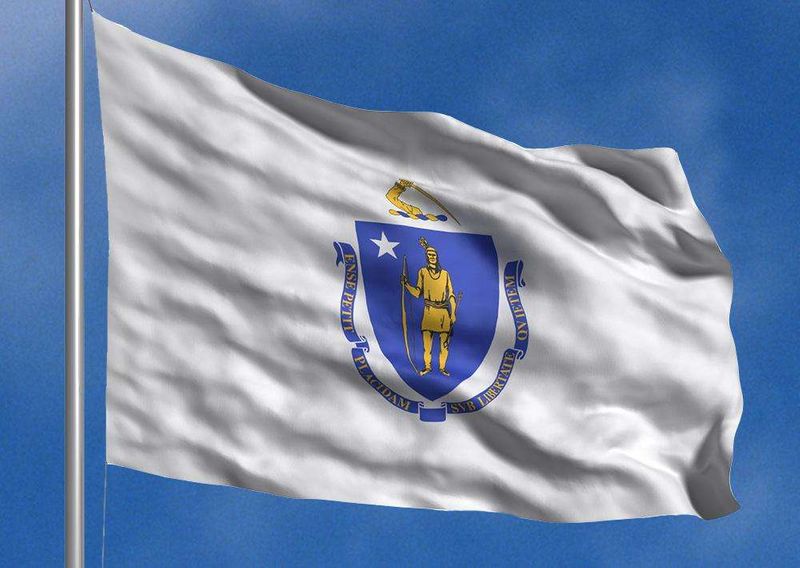 In Massachusetts, the flag is white with the state’s coat of arms emblazoned on both sides — the shield depicts an Algonquian Native American holding a bow and arrow. The arrow is pointed downward to signify peace. A white star with five points appears next to the figure’s head, signifying Massachusetts as a U.S. state. Above the shield is the state military crest.

Each of these symbols means something important to residents of Massachusetts, and they display their state flag proudly.

Fun fact: State flags are typically displayed in the order they were admitted to the State of the Union.

There are many types of symbolic flags that your children or students may have encountered. For example:

Another type of flag is that which represents a group of people, such as prisoners of war (POW flag) or people of a certain religion (check out the history of the Christian flag or Tibetan prayer flags). As June is LGBTQ+ pride month, we’ve been particularly interested in exploring the LGBTQ+ pride flag, which represents lesbian, gay, bisexual, transgender, and queer (LGBTQ) pride and social movements.

There are many different versions of the LGBTQ+ pride flag, and these mean different things to different people. We Doodled a version of the pride flag, below, to celebrate acceptance, equality, and inclusivity. 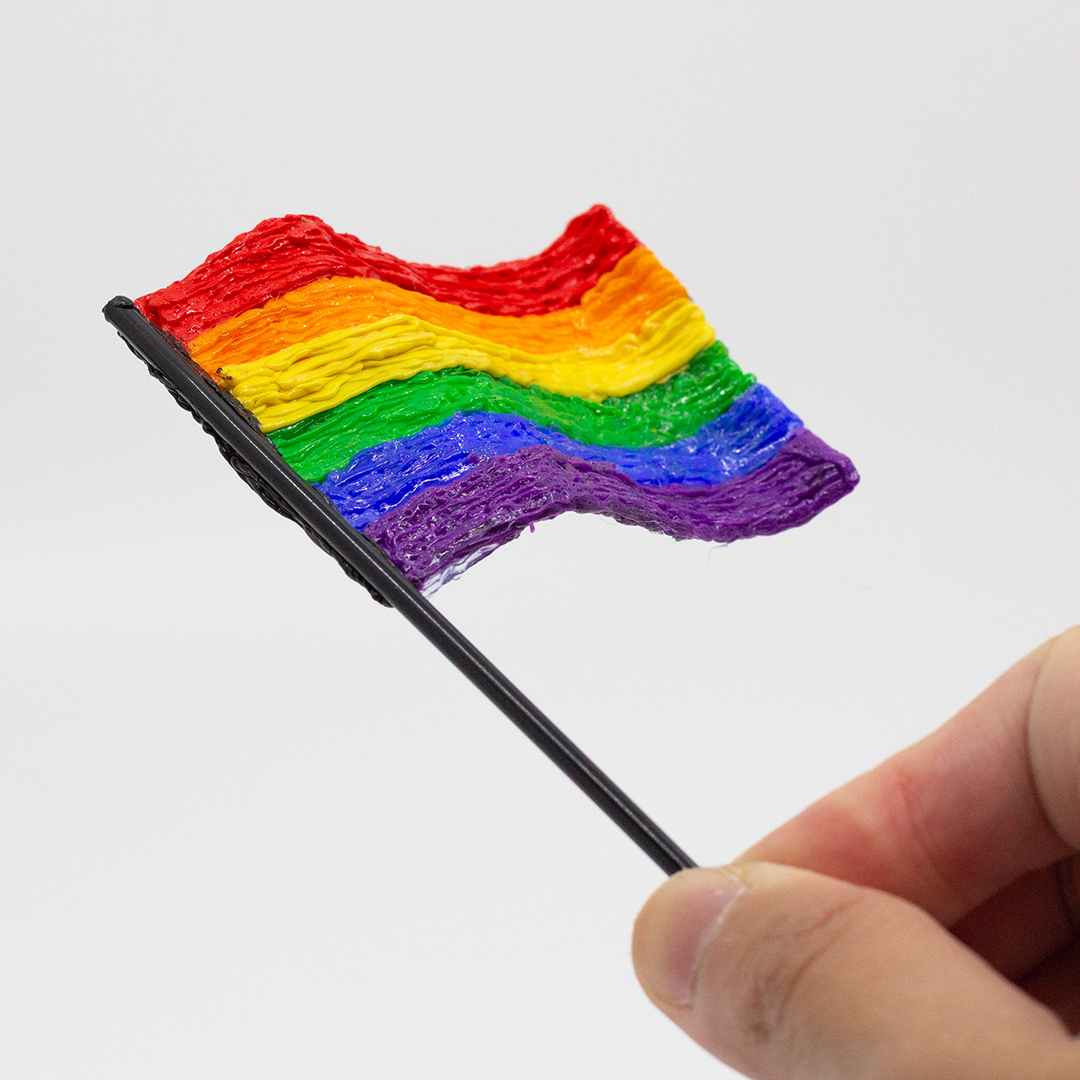 Activity: Design Your Own Flag

Last year, we showed learners how to create a model of their country’s flag for Flag Day.  Not only did they deliver, but they made us think.

If they can create a model of their own country’s flag, what’s to stop them from creating individual flags that represent who they are as people?

Think about walking your children, students or campers through the following exercise:

After your learners have visualized and Doodled their own flags, encourage them to come together as a group to discuss what the flags mean to them. Then, string the flags together and hang them proudly in your classroom — after all, when students show us who they are, we need to celebrate that!

Whatever flag you fly, fly it with pride and share what you came up with @3Doodler #3Doodler #WhatWillYouCreate. 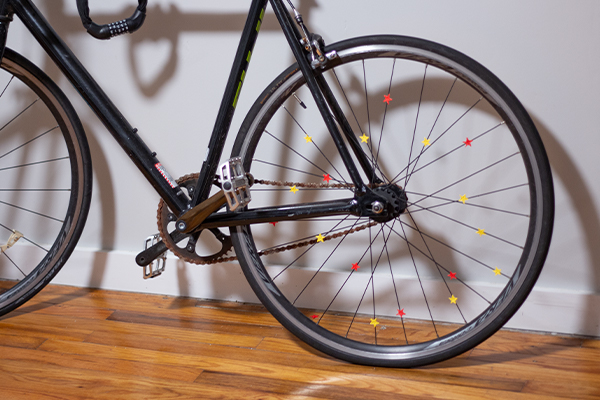 The school year is winding down and summertime is just around the corner! In fact, you’ve probably started stocking up on bubble soap and may have started brainstorming all of the cool projects you want to try during summer break. But have you thought about giving your bike a refresh with some fun DIY accessories?

While we’ve previously worked together to Doodle a 3D bike replica, this year we’re turning our attention to giving some love to our real-life bicycles. With a little creativity, you can create unique, stylish, and functional bike decorations and accessories that will be the envy of your friends. 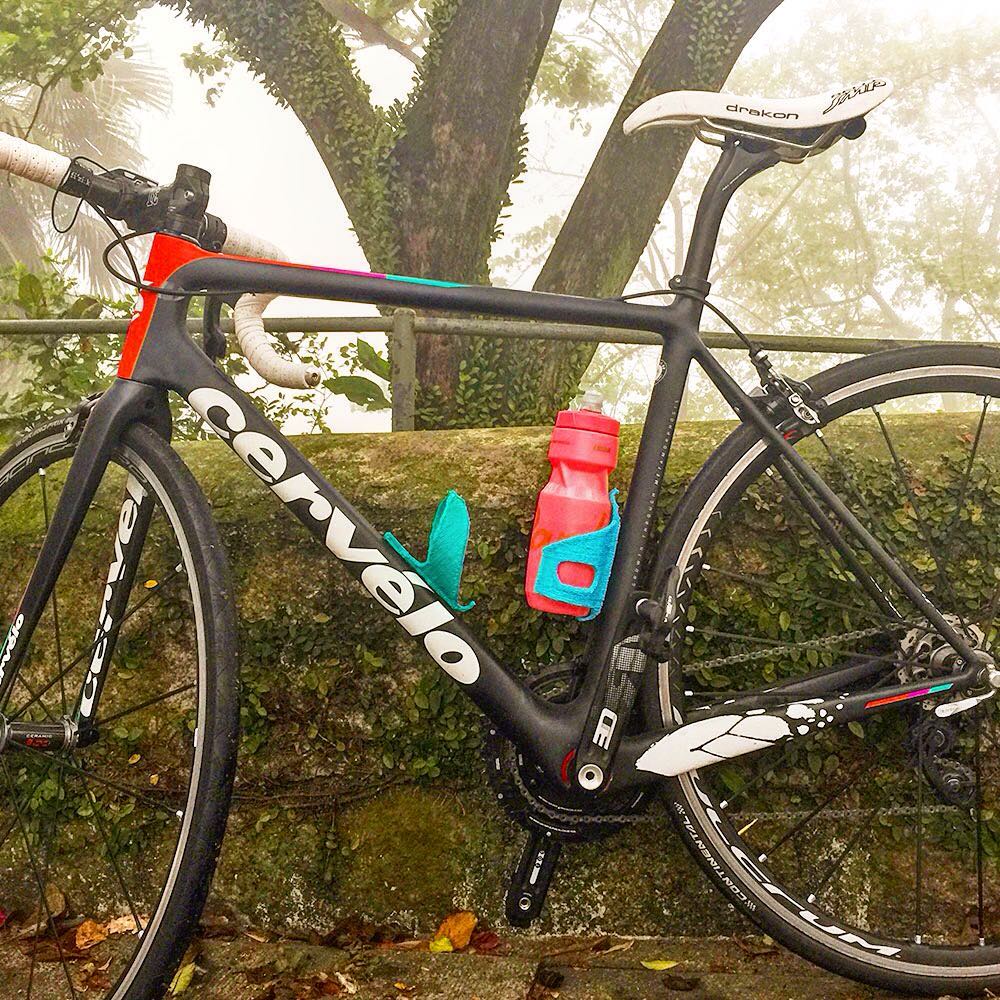 If you’re looking for new ways to beautify your bike, here are some materials you can take out for a spin:
Believe it or not, there are a lot of fun crafts you can do with duct tape — including customizing your bike. Wrap glow-in-the-dark duct tape around your handlebars or parts of your bike frame to illuminate your nighttime rides. Or, choose patterned duct tape to create interesting patterns on your bike frame. 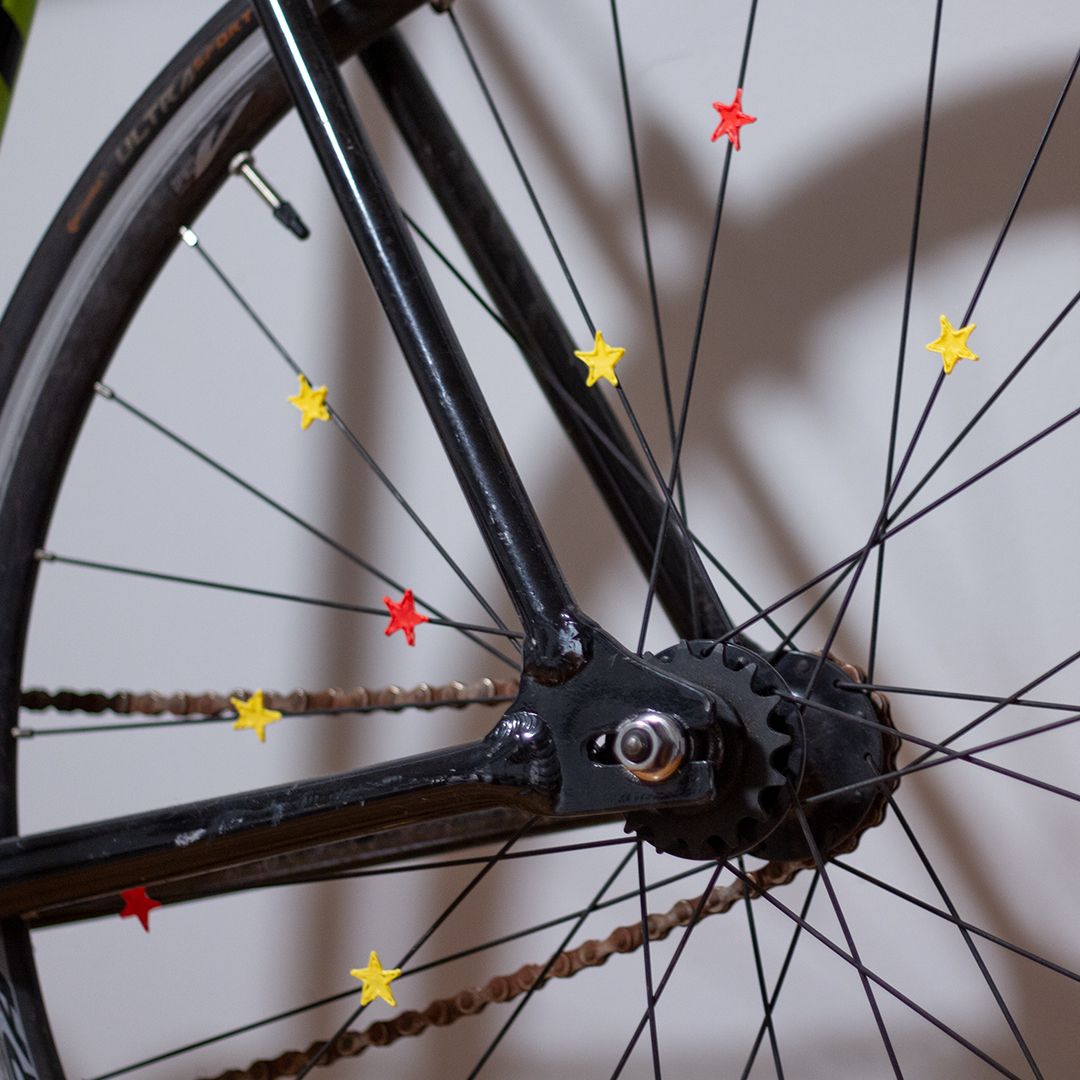 We think that one of the most fun ways you can customize your bicycle is to create decals for your spokes. Known as “spoke beads,” these decals come in all shapes, colors, and sizes. Take a look at our tutorial on how to create bespoke bike spokes here.

You can also use this stencil to create decals for other parts of your bike, including the basket, bell, or handlebars. Simply draw custom decals with your 3D pen and plastics, remove them from the stencil, and stick to the parts of your bicycle that need some sprucing up. 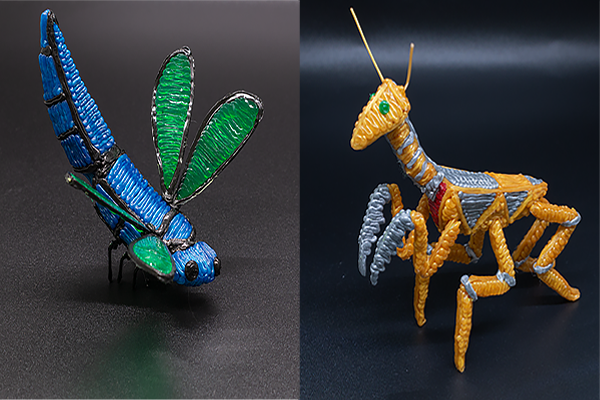 Bugs! They come in all colors, shapes, and sizes. We’re sure you’ve noticed that, for better or for worse, some some bugs get more hype than others. Let’s take a look at some examples below. 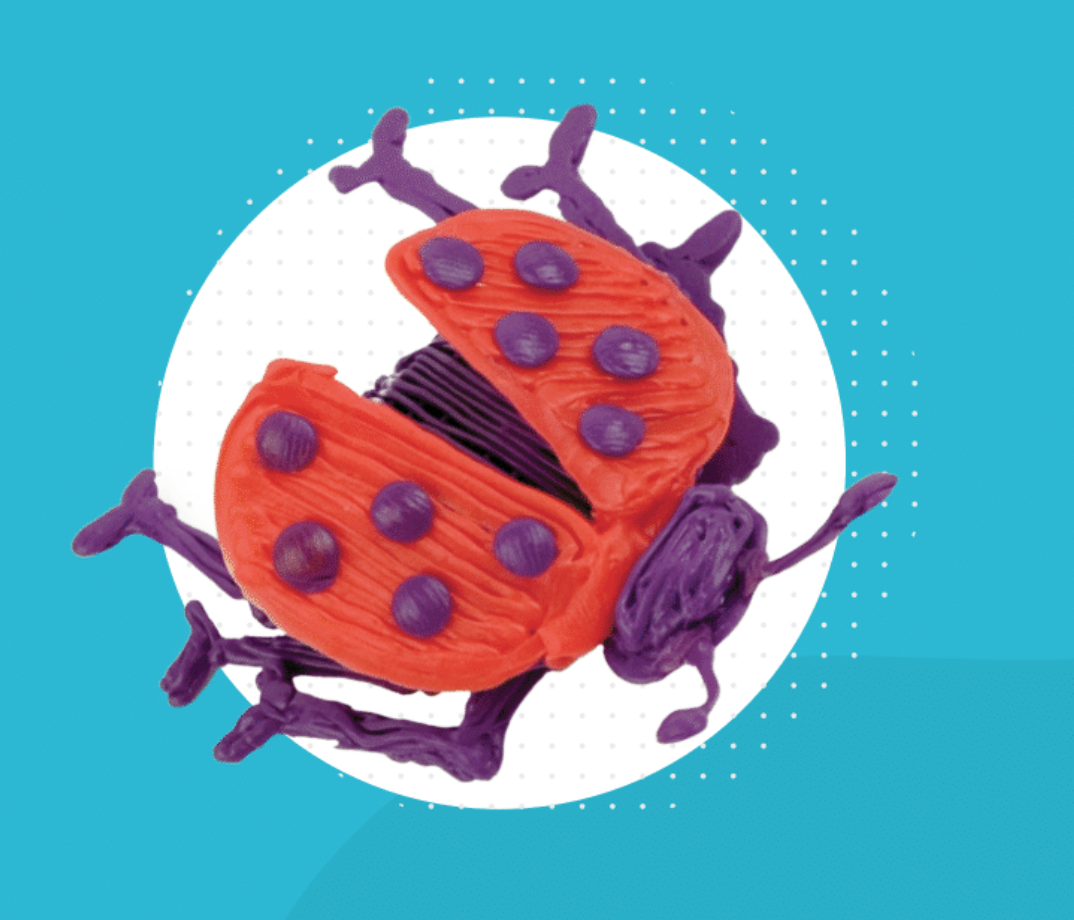 LADYBUGS: Did you know that ladybugs are considered lucky? This is probably because they eat other types of bugs that feast on crops, so farmers find them very useful. In fact, some people say that counting a ladybug’s spots is an easy way to determine how many years of luck they will enjoy in the future.

Encourage your students to make their own luck by doodling a ladybug with their 3D pens. 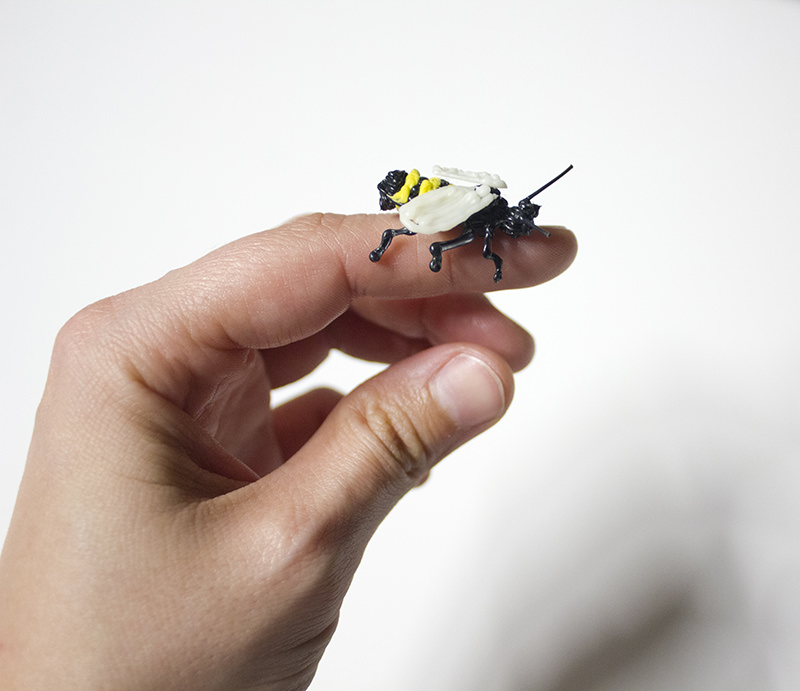 BEES: According to the Food and Agricultural Organization of the United Nations, up to 94% of the Earth’s flower and seed-producing plants depend on bees and other animal pollinators to live. Yet, the bee population has been dying off at a rate of 29% per year since 2006. Since bees play such an important part in our ecosystem, many people are becoming alarmed and working now to “save the bees.”

Learn what your students can do to help via these tips. 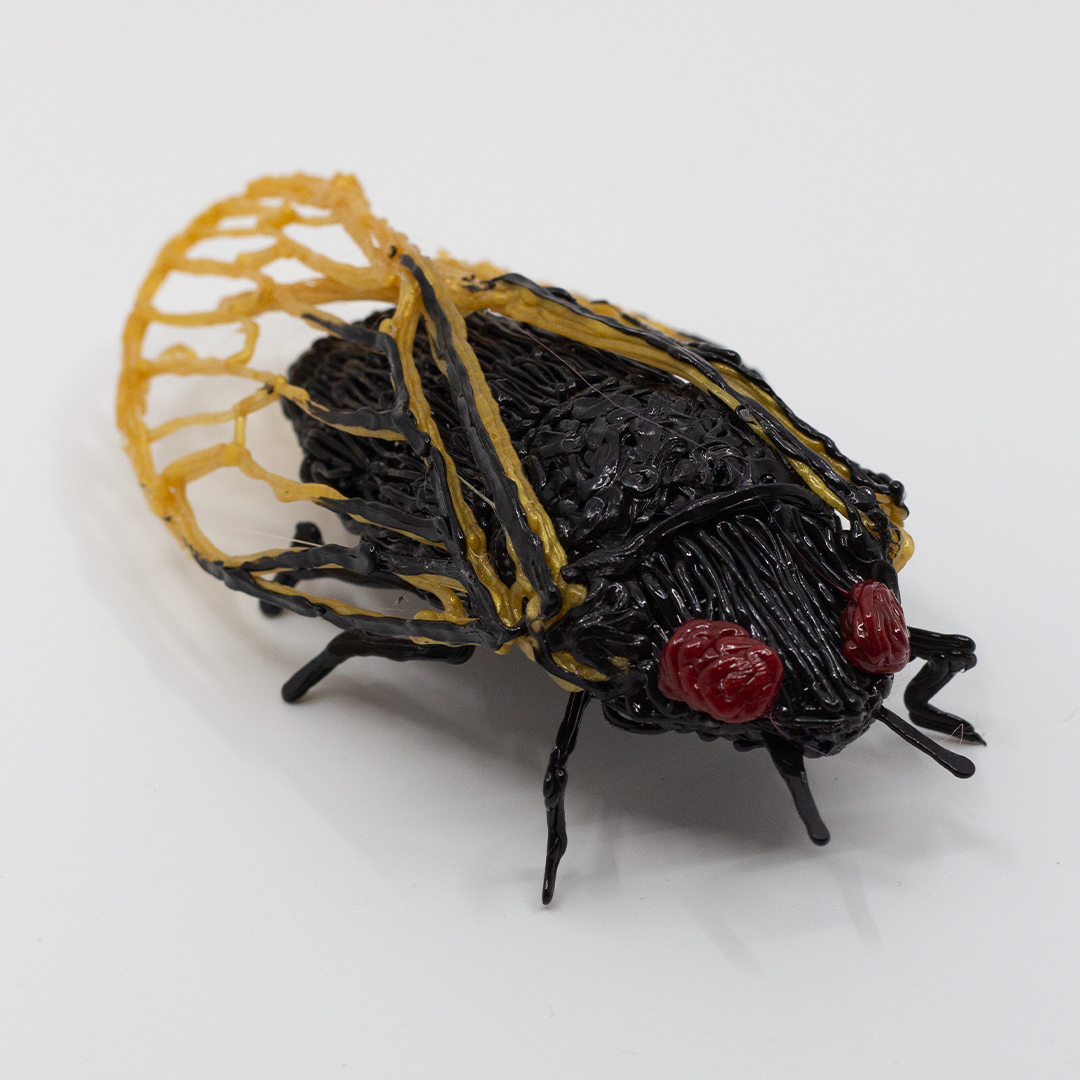 CICADAS: Billions of Brood X cicadas emerged across the eastern US in May 2021. The large-scale event happens every 17 years. When the insects do appear, they make an impressive amount of noise.

Remind your students that Cicadas are not harmful to humans or animals.

Feeling a little creeped out with all of this bug-talk? You’re not alone. One of the most common types of phobia is entomophobia, an extreme fear of insects. But while some people “bug out” at any mention of bugs, most kids think that bugs are awesome!

Here are 25 cool things about bugs from National Geographic Kids. And here are a few more interesting facts about bugs we recently learned: 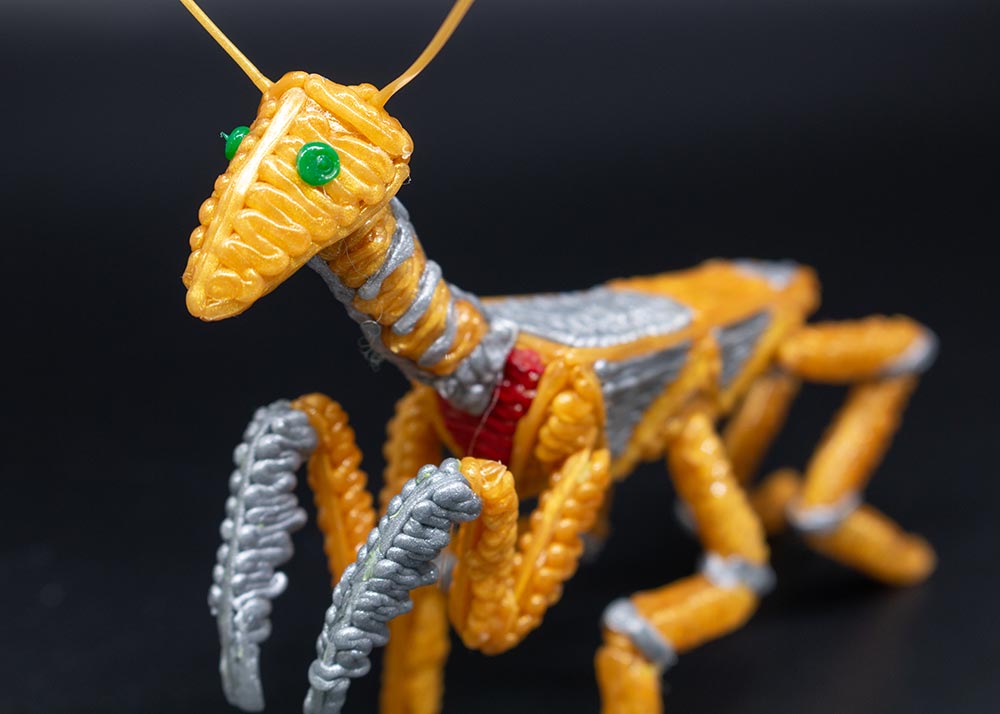 In the summer of 2021, Cicada Brood X will emerge from the ground in 14 different states in the eastern US. Soon billions of Cicadas will be filling the air with their buzz-saw sound calls. So we thought it would be fitting to challenge everyone to Doodle a realistic Cicada of their very own!

Download this free stencil of a cicada to help your students Doodle an amazing bug of their own. Check out our full tutorial on how to Doodle a 3D cicada here.

To get this project off to a flying start, 3Doodler has developed some exciting new color bundles for you to explore. From neon hues to vibrant metallic tones, and many colors in between, we can’t wait for you to go bug-eyed at the deals we created to help your students bring their ideas to life.

The possibilities are endless. We’re also offering two mystery bundles at even steeper discounts for those of you who enjoy being surprised!

Again, what better way to celebrate the new color options than to doodle your favorite bugs — or create new variations? Download our bug stencil today and use your favorite new plastics to trace and embellish your own creepy crawler.

Whether you decided to “fly by the seat of your pants,” or follow our tutorial on how to create a 3D paper airplane to the letter, we want you to share what you came up with @3Doodler #3Doodler #WhatWillYouCreate.