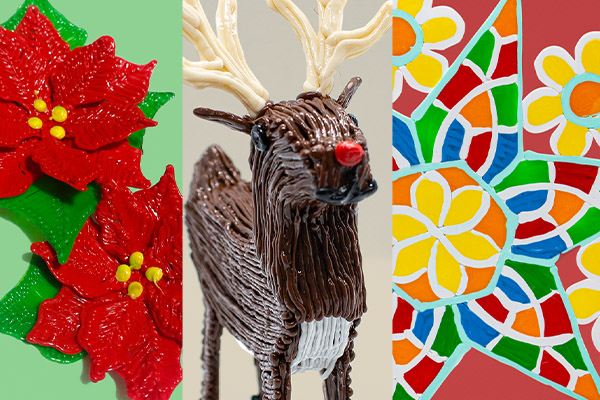 We’re inviting our imaginative Doodlers to join us for a trip around the world with an opportunity to take your 3D pen along for the ride without even leaving home! How will we accomplish this do you think?

We’ll explore different cultures and holiday traditions with a fun assortment of 3D designs you can create on your own with your 3Doodler pens and our stencils!

Together we will travel to Mexico, Israel, the Philippines, Sweden, and the United States. Holidays traditions vary from country to country and we’re excited to see your designs as we criss-cross the world this holiday break.

Once you’ve Doodled your way across the globe, consider your own family traditions and take a turn at designing your own creations to represent your favorite holiday activities or memories to share with family and friends.

Originating in Mexico, the poinsettia or Flores de Noche Buena (Spanish for “flowers of the holy night”) was introduced in the U.S. in 1828 by the first U.S. Ambassador to Mexico, Dr. Joel Roberts Poinsett. According to a Mexican legend, there was a girl who could only offer weeds as a gift to Jesus on Christmas Eve. When she brought the weeds into a church, they blossomed into these beautiful red plants. The poinsettia flower is part of Christmas Eve celebrations in Mexico to this day. Check out our Poinsettia tutorial and create your own! 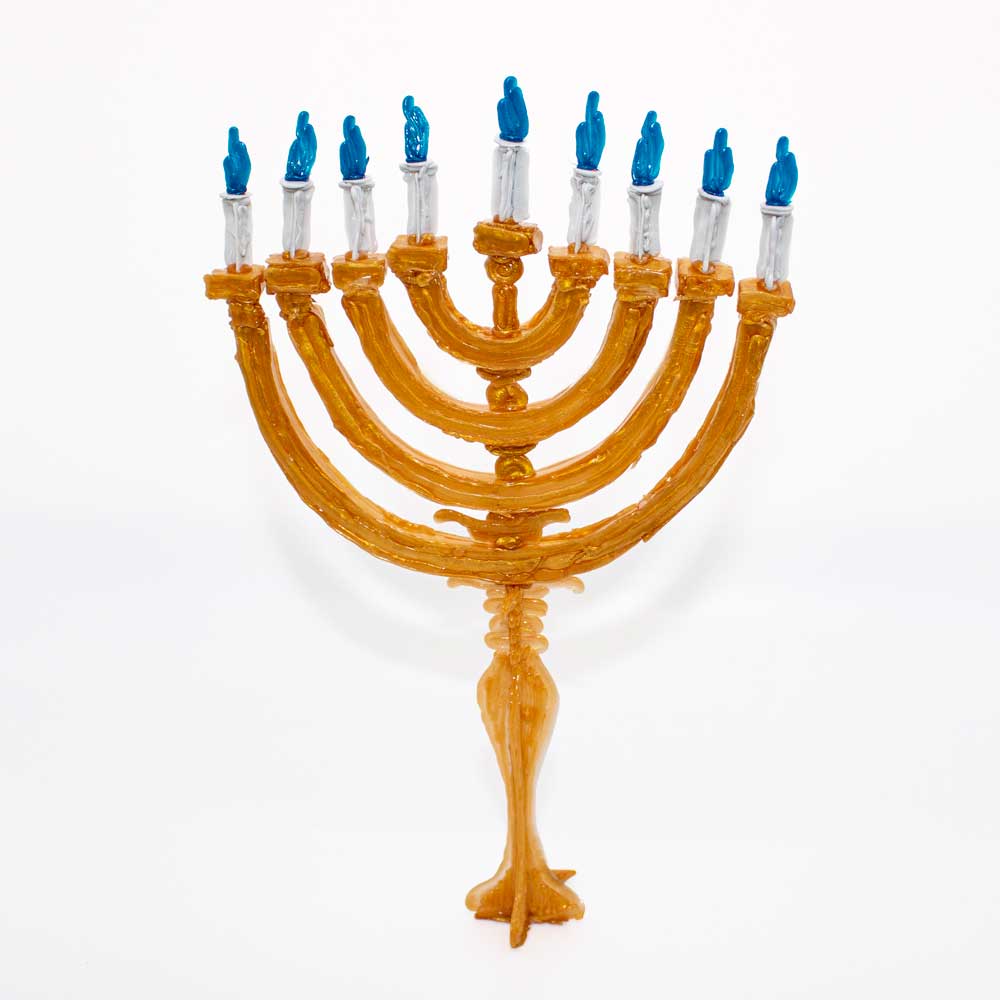 Hanukkah, which means dedication, is an eight-day Jewish celebration that begins on the 25th of Kislev which is the ninth month on the Hebrew calendar. The menorah, the Hebrew word for lamp, has nine branches, one for each night of the Festival of Lights, plus a shamash, meaning helper or attendant, which is lit first and then used to light the other candles. Often called the Festival of Lights, the holiday is celebrated with the lighting of the menorah, traditional foods, games, and gifts. Create your own menorah using this tutorial to celebrate these Jewish traditions. 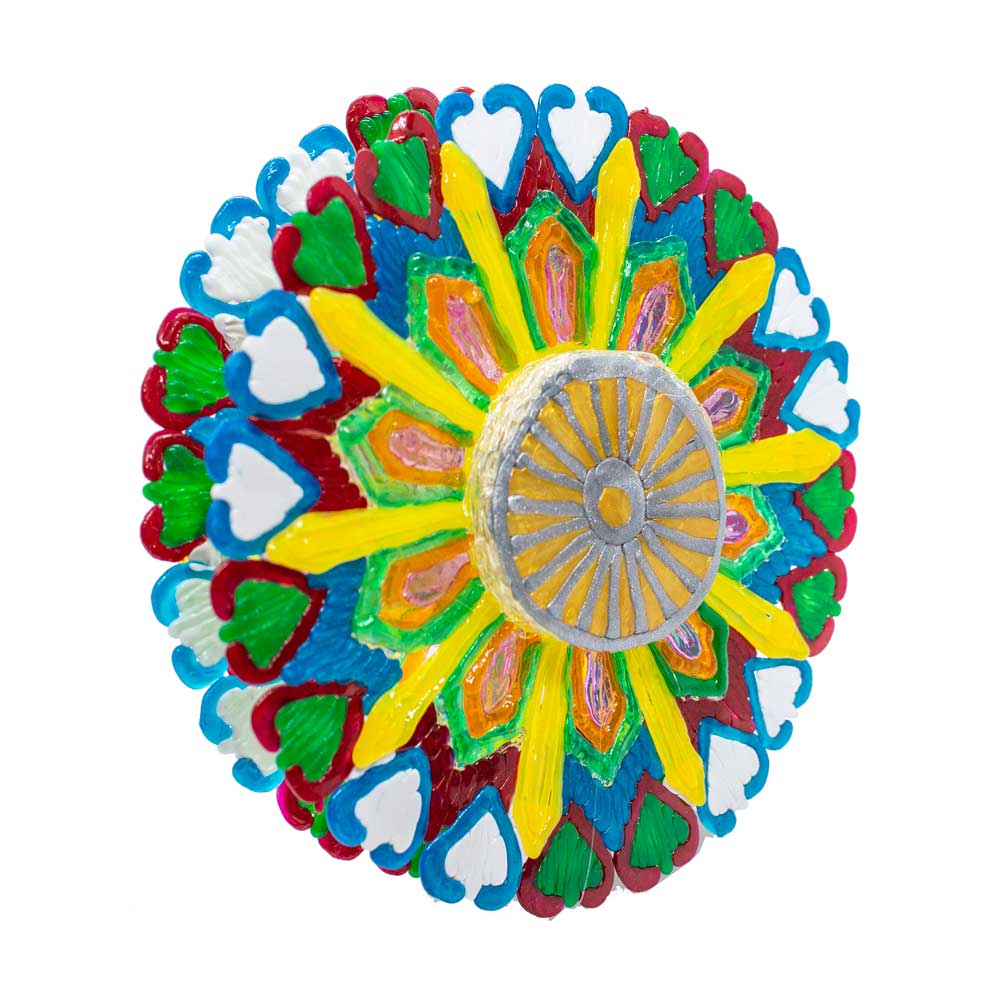 The city of San Fernando in the Philippines draws crowds each December for its Giant Lantern Festival. The local townspeople create colorful intricate lanterns and compete for the best lantern before they are exhibited in the city. The lanterns evolved from the Filipino Catholic tradition of building small, colorful lights to illuminate the procession to Christmas Eve mass. The lanterns today feature a lengthy light show set to music and are giant—measuring approximately 20 feet tall with as many as 10,000 light bulbs. Join in the celebration this season with a star-shaped window pendant, or star-shaped lantern, and delight your friends and family with the novelty of a new tradition. For additional guidance we created a Star Window Pendant tutorial as well as a Star-Shaped Lantern tutorial. 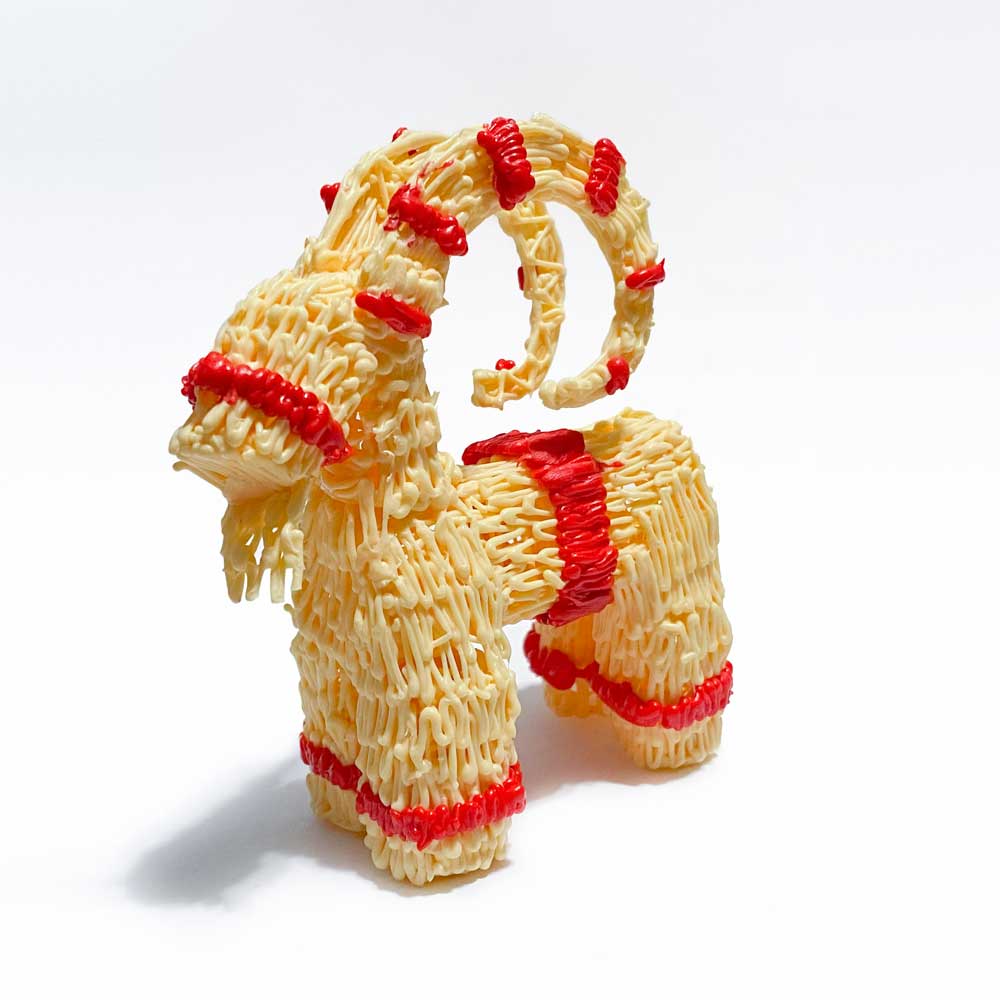 In Sweden and across northern Europe, people celebrate the holidays with Yule festivals that coincide with Christmas celebrations in December. One of the more common traditions in Sweden is the Yule goat, which was believed to deliver presents. In fact, folklore suggests Santa Claus would ride a goat instead of his sleigh! Small goats made of straw are still one of the most popular Christmas decorations in Sweden. For additional guidance, we created this Swedish Goat Tutorial.

Our holiday journey ends with the time-honored story of Rudolph the Red Nosed Reindeer. In 1939, Robert L. May wrote the story of Rudolph for Montgomery Ward, a department store in Chicago that wanted to pass out free coloring books to children during the holiday shopping season. Montgomery Ward printed more than two million copies of Robert L. May’s book that year. He got letters from children, teachers and store managers from across the country. Nearly a decade later, May got the rights to the story and evolved it into a song with help from his brother-in-law who happened to be a songwriter. Enjoy a nostalgic holiday tradition and share the story of Rudolph complete with your own Doodled version of the world’s most famous reindeer.

Wishing all of a Doodlers a bright holiday season and happy new year! Share your creative holiday traditions and your designs with us by tagging us: @3Doodler #3Doodler #WhatWillYouCreate

Often referred to as the “Oscars” of the Toy Industry, the Toy of the Year Awards program celebrates the top playthings on the market across 16 categories and serves as a vital fundraiser for the Toy Foundation which provides toys to millions of kids in need.

The 3Doodler Start Learn from Home Pen Set is a finalist for STEAM Toy of the Year. 3Doodler’s Start Learn from Home Pen Set engages kids’ imagination as they express their ideas visually with the press of a button. This open-n-go toolkit provides a creative outlet for at-home learners to make art, design objects, and build real working models that demonstrate their understanding of STEAM concepts.

Cast your vote for 3Doodler’s Start Learn from Home Pen Set now through January 5, 2021! Winners will be announced at a virtual celebration on February 12, 2021.

By golly, be jolly with 16 days of holiday deals!

3Doodler’s series of seasonal bargains features bundles at a steal, huge discounts, and more, all of which will help you deck the halls with boughs of gifts whether you’re in school or at home. We will have hot ticket items every single day through December 16th, with the deals getting sweeter each day! Some deals will be flash sales for one day, with others lasting a few days. Be sure to sign up for our newsletter so you don’t miss a beat about the savings.

Be sure to check back frequently to the Deals page in our store – every single day we will have deals you don’t want to miss!

Are you excited for 16 days of Very Merry Doodle Deals? Give the gift of good tidings by sharing the news with your friends and family on social media!