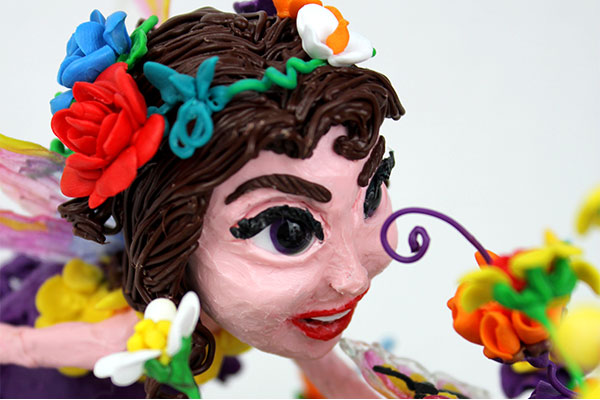 And if you have a fun, creative activity to pair with the fantastic book you’re reading, your imagination and creativity will run wild.

We know just the expert Doodler to ask about bringing fairy tales to life in 3D. Cornelia Kuglemeier, also known as Connie Doodles, has created many fairy tale characters with 3D printing pens, some from popular tales, and some from her very own imagination. She met with us to share her love of fairy tales, the benefits of students Doodling characters, and tips on how you can create your own fairy tale Doodles.

How do fairy tales inspire you to create with 3Doodler pens? Do you feel more connected to the story and characters once you bring them to life in 3D?

Fairy tales have accompanied me since childhood. I was introduced to them when I was a very young girl through storybooks and recordings. Later on I loved to read them myself! Being German, I was greatly influenced by European and Western fairy tales, especially the Brothers Grimm and Hans Christian Andersen. My favorite classic fairy tale as a child was Sleeping Beauty. It had everything a good story needed, including a beautiful princess, a curse, fairies, a villain, and a brave prince. Also Astrid Lindgren, the Swedish author who invented Pippi Longstockings, wrote beautiful fairy tales. I love any stories that feature dragons!

Initially, I would paint and draw fairy tale characters. Once I had a 3Doodler pen in my hands, creating the characters in 3D came naturally to me. It was unbelievably fun to work with a medium where I could literally create anything I could imagine. I do think that if you immerse yourself in a story and artistically create one of the characters from the tale, you feel more engaged with their persona and the story as well.

How do you think bringing fairy tales to life with 3D printing pens is helpful for K-12 students?

First of all, creating something is one of the most satisfying things you can do. Making art, letting the mind wander, and setting yourself to the task of breathing life into your creation is a very exciting thing! You‘ll always be surprised by the outcome. It‘s great to learn about characters in a book, sit down, draft them on paper, and bring the picture you formed to life in 3D. I think this is a valuable practice for students of all ages. It allows students to really empathize more with the characters and contemplate the lessons woven throughout the story.

Do you have any tips you can share with people who want to create fairy tale characters with 3Doodler pens?

The best place to begin is simply starting the project. Don‘t be afraid of the 3D pen – it won‘t bite! If you want to start with a bit more structure for your Doodle, draw your character with a pencil, trace it with the 3Doodler pen in 2D, pull it off the page, then make it stand! You can also use the 2D Doodle as a bookmark, put it on your wall, or make a badge by filling in the lines with filament. Once you‘ve got the hang of how your 3D pen works, try building your 2D Doodle up into a 3D shape. A picture reference will help you keep track of the proportions of your character. For advanced projects, I’d recommend building the body parts separately, then assembling them. There are multiple ways to Doodle in 3D. The easiest way is to start flat and then build up like a 3D printer. You can even paint your Doodles with acrylic paint. If you aim for something bigger, hollow figures will use less plastic. I would suggest watching some tutorials on building hollow frames for your Doodles.

Are you inspired to bring fairy tale characters to life in 3D? Explore Connie’s Doodles and share your own Doodled fairy tale and storybook characters with us on social media!

Now that school is coming to a close, we’ve got some fun projects to help keep your creative spirit high this season. No matter if you’re Doodling from home, a makerspace, or summer school, you’ll enjoy the creative process of making these projects, as well as the cool Doodles you’ll have when you’re finished! All of these activities can be made with the 3Doodler Start or the 3Doodler Create+ pens. 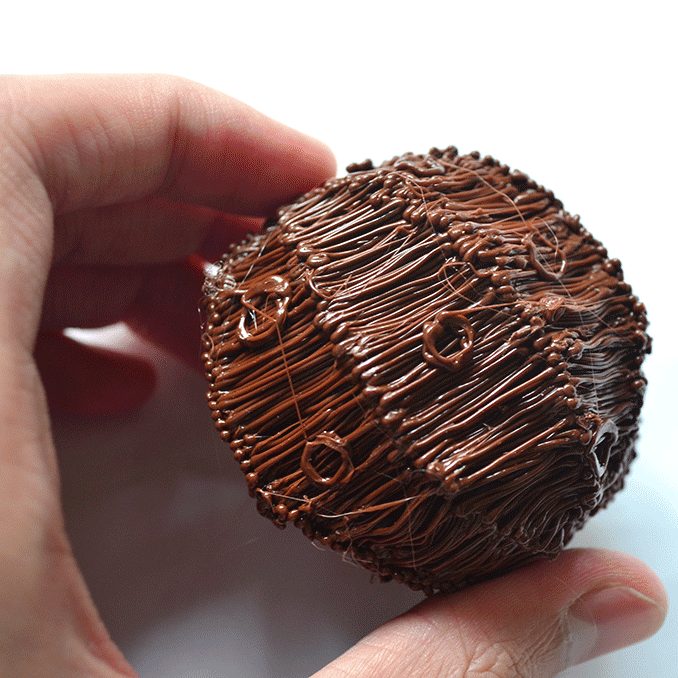 Doodle to the Moon and Back

Create your own moon with this stencil, or even an entire mobile of the planets in our solar system. Follow our stencil here to explore outer space hands on. 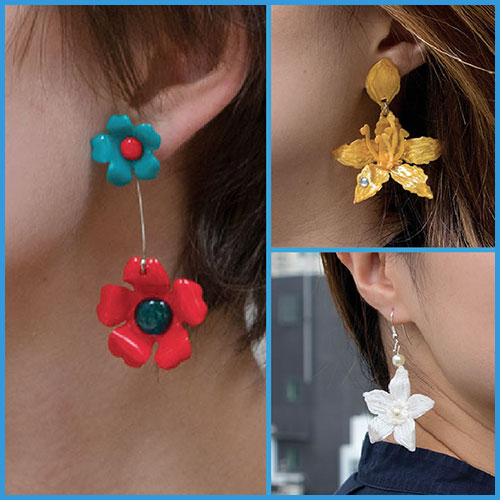 Want to have one of a kind earrings that are sure to wow your friends? You can create your very own flower-themed earrings with our easy stencils. Compliments guaranteed! Make it with our free stencil here. 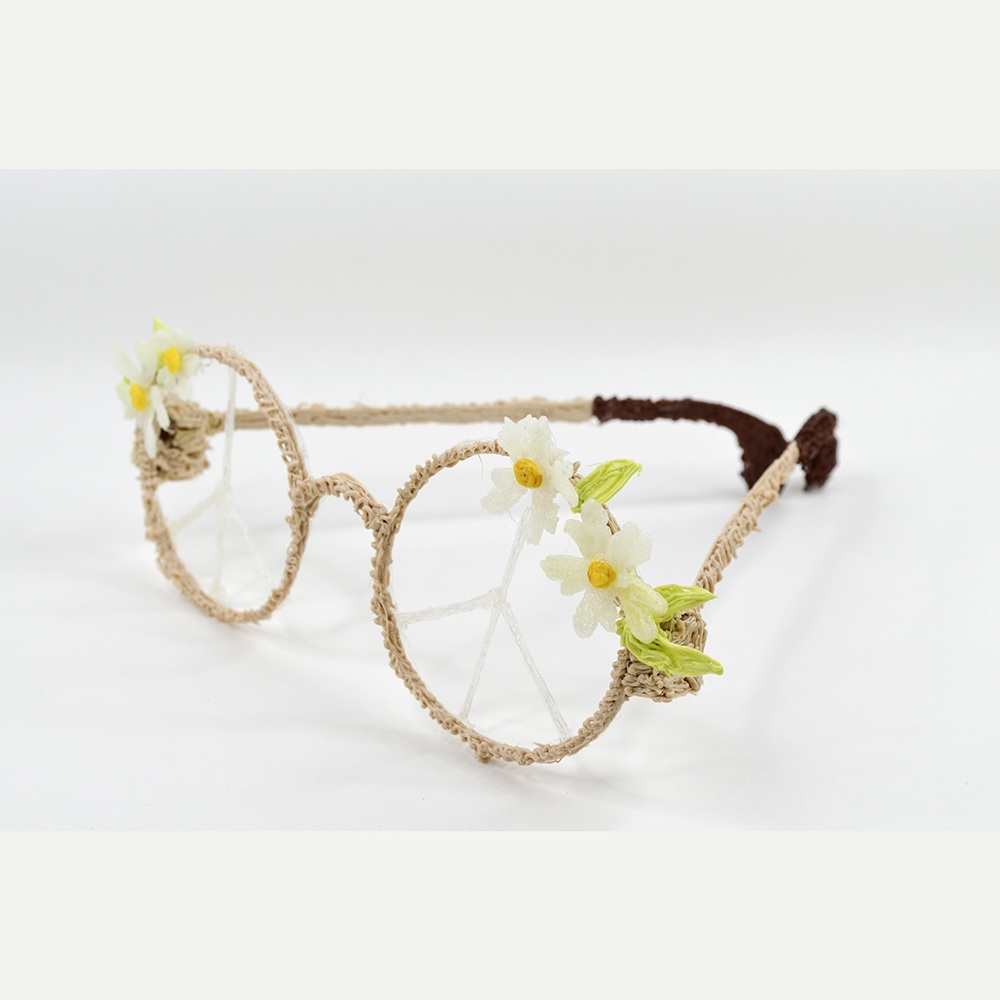 Embrace your favorite 70s music with these fun, groovy glasses. Perfect for selfies and festival vibes.
Follow our stencil here to tune into your inner flower child.

Custom Tools to Document Your Summer 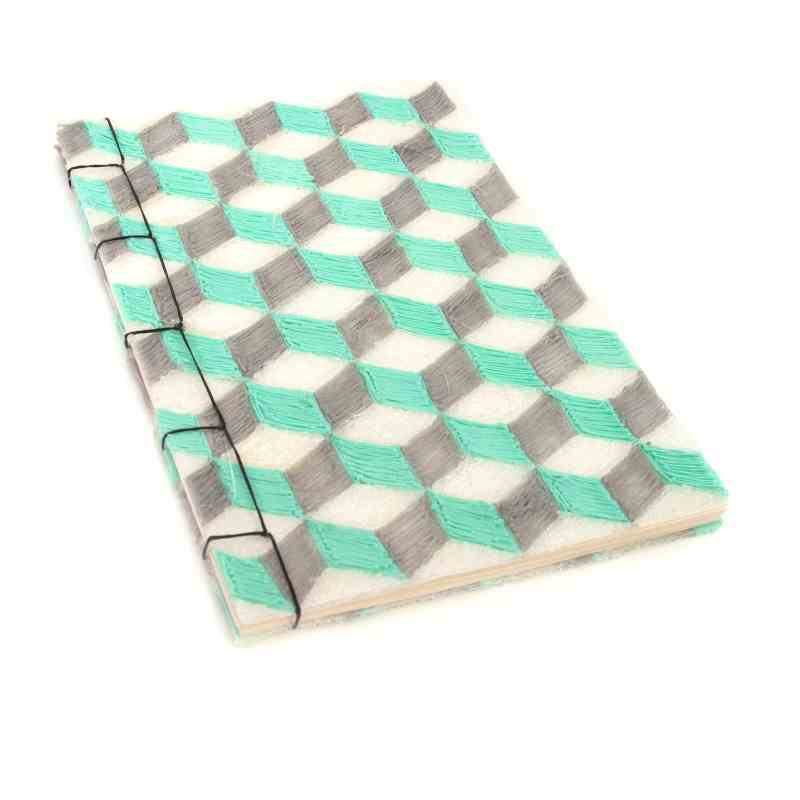 Make a custom journal to log your summer experiences! Use FLEXY with the Create+ for a flexible journal cover, or use any other plastics with the Start or the Create+ pens for a hardback. See the project here. 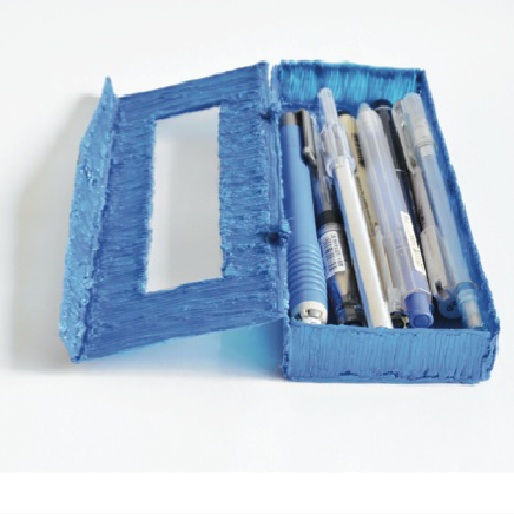 Add a custom pencil box to your creative space to store your pens, pencils, and markers. Decorate it based on your favorite colors and themes. Use our stencil here to bring the pencil box to life! 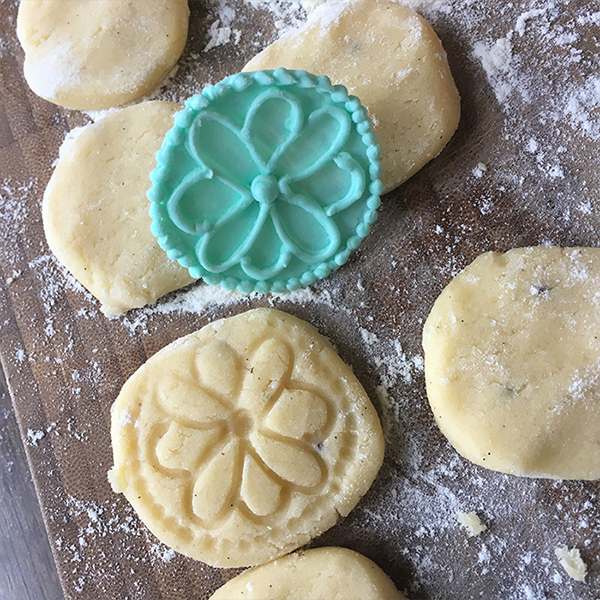 Everybody loves cookies! Make your own custom cookie stamps with this neat stencil. You can even get creative and make your own cookie stamp designs. Dress up your cookies with our free stencil here. 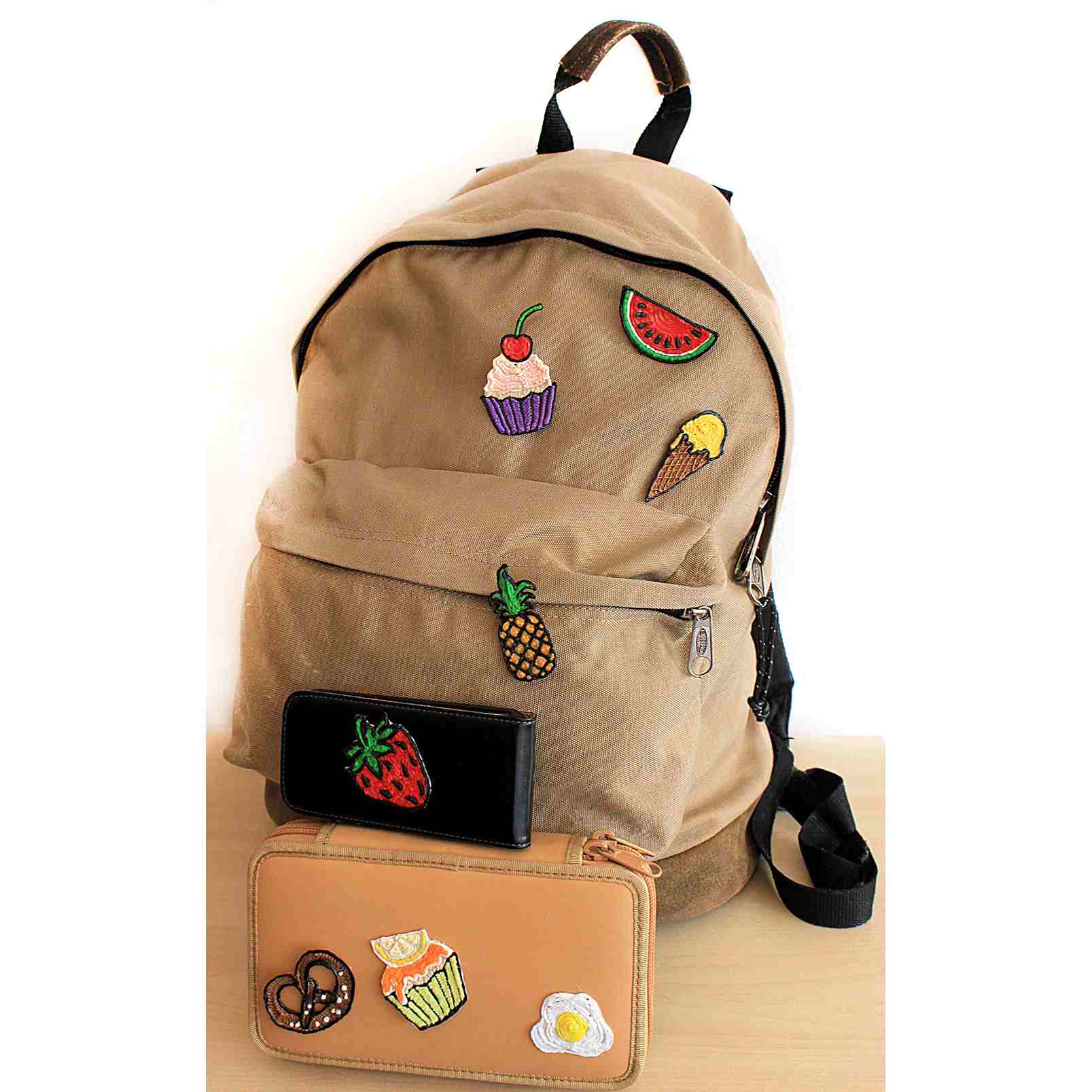 Dress up hats, shirts, bags, and more with DIY pins of your favorite food! I scream, you scream, we all scream for ice cream badges as cool as these. Follow our stencil here to start creating.

There are so many projects to help you launch into summer. What will you create?

Please share your amazing creations with us on social media! 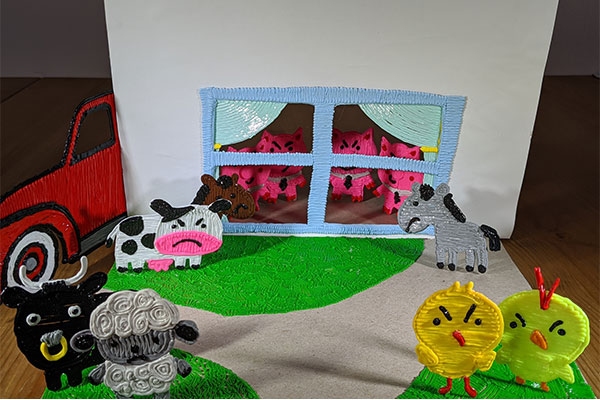 Did you know that summer reading often promotes academic achievement more effectively than summer school does?

Books provide a great summer escape, and reading develops students’ comprehension and their ability to retain information. Research suggests that learners who read over summer break show a significantly higher level of literacy and academic gains. This same study shows that the progress made by summer readers is equal to, and sometimes even greater than, the achievements made in summer school!

As school comes to a close and summer weather heats up, students might be reluctant to pick up a book. So, how can parents and teachers get learners excited about their summer reading list?

Dioramas are impactful projects that support student creativity and imagination, as well as enhance learning. The process of creating a diorama supports three dimensional thinking, hands on learning, creative problem solving, and artistic expression. Learners must use critical thinking skills to pick a scene from a book, plan their project, then bring their ideas to life in 3D.

In short, dioramas are a surefire way to bring fun, creativity, and enhanced learning to the summer reading list. Just share these easy steps below so learners can bring their favorite summer read to the third dimension.

The featured diorama is based on Animal Farm

You can browse our free stencils for figurines, chairs, trees, cars, and other items you may want to include in your project.

The featured diorama is based on one of our favorite summer reads, Animal Farm, by George Orwell.