A Creative Wedding with a Personal Touch 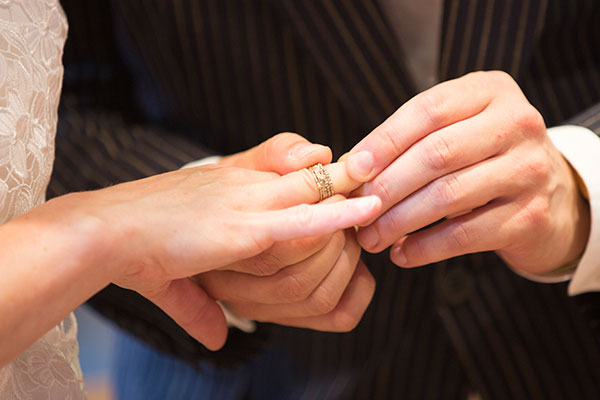 When it came time for Geert de Coninck and Michelle Mortelmans to choose their wedding rings, they ran into a major problem.

None of the rings they saw were right for them. “We visited some jewelry designers but every visit ended the same,” Geert says. “They all only had standard rings that didn’t reflect our personality.”

As a creative designer, Geert and Michelle wanted their rings to be unique, and to symbolize their passion for creativity. “As creative people, we wanted to have a less conventional ring,” he says. And that’s when inspiration struck.

“I’d started to use the 3Doodler Create pen after getting it as a new year’s gift,” Geert says. “It’s a nice way to play around with shapes. Clients love to see the creations standing on my desk and play with them.”

"As creative people, we wanted to have a less conventional ring." Share

Looking at the creations he had made, Geert had an idea. “Michelle was following a course in jewelry design. I asked her if her course master could help us to translate a 3D-sketched ring into a gold version,” he explains.

The concept was to create their own rings in plastic using the 3Doodler pen, which could then be cast in gold using the lost-wax technique.

“We did not have any guarantee that this would work,” Geert admits, “but we all got excited about this and took the risk of not having the rings finished before the wedding.”

The couple used a cylindrical ring holder to create tests of their rings in the correct size. “We made a lot of prototypes because the idea was to avoid sharp edges and not have double layers to keep the size from getting too thick,” Geert says.

The result was perfectly cast rings that matched the couple’s personality, and were—quite literally—made with love.

“My ring is a little more chaotic and has more ripples,” says Geert. “My wife’s has multiple smaller rings and a more simple and clean look.”

The rings were ready on schedule, and provided the perfect symbol for a union built on creativity.