Shaping the Surreal with Yudi Marton 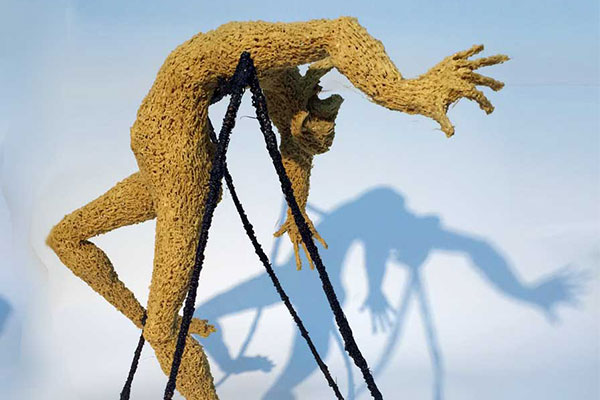 One of the first artists to use the 3Doodler, Yudi Marton lives in Haifa, Israel and caught our attention with his incredible surrealist sculptures. No stranger to creative curiosity, Yudi was among the first to explore the world of computer generated digital artwork more than 25 years ago.

This same instinct is what initially piqued his interest in our original Kickstarter campaign. After backing the world’s first 3D printing pen, Yudi explored new and innovative uses for the 3Doodler, using multiple pens to produce incredibly creative and detailed sculptures.

Yudi spends 30 hours on average for each piece

At 61 years old, Yudi has had a lifetime of creative experience to prepare him for new and emerging creative technologies.

"The 3Doodler is a natural drawing tool for me, it allows me to both draw and sculpt." Share

“I’ve been an artist for as long as I can recall,” he says. “For most of that time I worked with ball point drawings or sculpture using wood, soft stone, or clay. The 3Doodler is a natural drawing tool for me, it allows me to both draw and sculpt, transitioning into using it was an intuitive motion.” Yudi’s sculptures take on average 30 hours to complete, but more complicated figures can take much longer. “‘Seated Couple’ actually took almost 60 hours in total,” Yudi says. “This is the reasoning behind having multiple pens, it allows me to switch them out during longer sessions without losing momentum.”

While Yudi’s sculptures look like they come straight from his fantastic imagination, each one requires careful planning. “I build each project from many different parts which are then fused together,” he explains. “These parts are often made up of series of rings which are combined to create a wireframe of the intended character.”

And even with advance planning, Yudi says there’s always unexpected twists in the creative process. “More often than not, things don’t always go as I planned and I need to break, bend and twist before getting the forms correct,” he says. “For instance, ‘The Jump’ was done by breaking the figure many different times in order to achieve the sense of movement in the final product.”

Yudi’s personal artistic style wasn’t always the same – it evolved over years of creative expression. “I became comfortable with my technique mostly through experimentation and persistence,” he says. “You need to have a lot of patience, but even the learning process is fun and ultimately rewarding.”

To stay current with Yudi’s upcoming work and exhibition be sure to check out his home page.